Tyrese: ROTF Will Be ‘Angrier’ 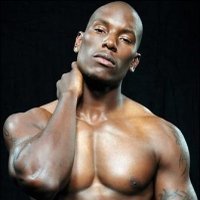 What does preeminent action director Michael Bay have in store for his follow-up to last year’s talking-robot sci-fi smash, Transformers?

Tyrese Gibson, who reprises his role of Air Force Tech Sergeant Epps in the much anticipated sequel, told us today at Comic-Con that Transformers 2 is “crazier, more angry, (with) Tyrese Gibson, about to put the smack down in Death Racebigger explosions and more robots” than its predecessor.

Gibson still has a few months of shooting left on the Transformers sequel. He can next be seen alongside Jason Statham in the futuristic smash-up Death Race, which opens nationwide on August 22, 2008.