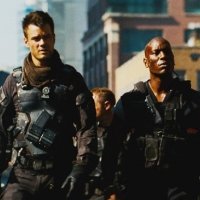 A cheer of Banzai for Transformers Dark of The Moon (Darkside Moon) who just knocked Harry Potter off the top of the box office on its first weekend of release in their spiritual home, thanks to higher 3D ticket prices.

Transformer Dark of The Moon is known as Transformers Darkside Moon in Japan. The Paramount release instantly pulled in 572 million yen ($7.38 million) at the weekend where 83% of the profits are originated from the 3D screens, just topping Harry Potter’s 535 million yen ($6.9 million).

Local rankings are based on audience numbers, leaving Harry Potter and the Deathly Hallows Part 2 hogging top spot for a third week with 369,845 admissions against 363,912 for Transformers.

Most of the rest of the top ten was filled with local anime fare such as Pokemon and Naruto, aimed at the school summer break market