Glenn Morshower Back As General In TF3? 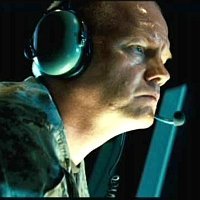 One of director Michael Bay’s favorite actors, Glenn Morshower, will return in Transformers 3. The Actor page on his official website confirms his casting in the movie, although his role is unknown at this time.

Glenn Morshower portrayed the role of Colonel Sharp in the first movie and was killed when Blackout destroyed the Soccent base. In Revenge of the Fallen, Glenn played the role of General Morshower.

Glenn Morshower is a familiar face who has starred in over 160 films and TV shows in his 35 years of acting. He