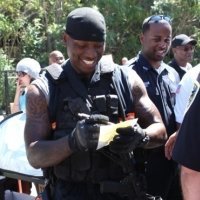 Dozens of people hoping to catch a glimpse of “Transformer 3” vehicles and movie stars waited outside a historical Gary church Monday morning as production crews finished the final scheduled day of filming in the city.

At City Methodist Church on Washington Street near downtown, security was tight and orange hardhats were everywhere — mandatory for anyone entering the church, where all of the filming was done. The church hasn’t been used for 25 years, but the building’s architecture has prompted significant attention from the film industry, said Ben Clement, executive director of Gary’s office of film and television.

“Though we do have some abandoned buildings, even the abandoned ones do have some good architecture, and that’s why the church draws so much attention from the film industry,” Clement said. “If you’ve been inside, it’s breathtaking.”

Singer and actor Tyrese Gibson signed autographs for a couple of minutes after emerging from the church before ducking into a waiting vehicle.

Filming also included explosions on old industrial property owned by the Majestic Star Casino. The area was teeming with security guards, and casino patrons were warned with roadside signs not to be alarmed by gunfire or explosions. 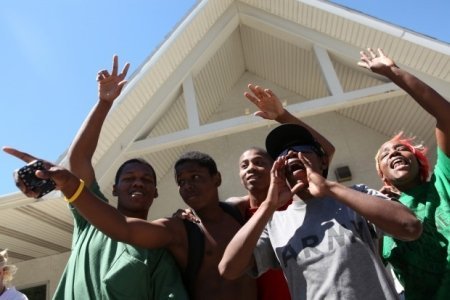 Half a dozen people stood atop the parking garage to watch the explosion, though their line of sight was blocked by large trees. They left shortly after the explosion.

An explosion shook the ground near the entrance to the casino’s parking garage just after 3 p.m. Monday. Smoke rose into the sky as a camera crew filmed and firefighters descended onto the area after the dust settled. 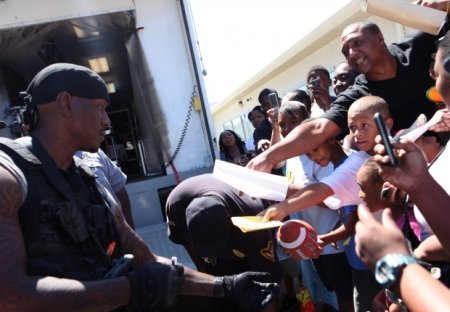 Clement said police and fire vehicles detailed to the movie crews would return to service after production crews clean up.

Clement said he hoped to attract a dozen more movies before year’s end, though he didn’t expect any to be on the scale of “Transformers 3,” which is expecting to be released in July.