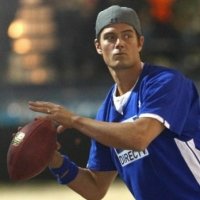 Duhamel: DOTM Will Be A Charmer 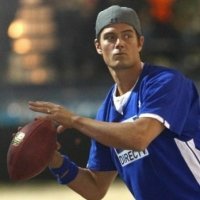 How does “Transformers: Dark of the Moon” compare with the previous two movies in the Michael Bay-directed film franchise? Josh Duhamel can’t say yet. He’s only seen parts of the movie he filmed scenes for in downtown Chicago over the summer. But he does think the film has one advantage over the previous two, which combined to earn more than $1.5 billion worldwide.


“The story is better,” Duhamel said before playing in DirecTV’s Celebrity Beach Bowl football game Saturday at Victory Park in Dallas, part of the weekend’s Super Bowl festivities. “You shoot so much footage, you never know how it’s going to turn out. It’s all how they edit it. But I think it’s going to be great.”

“I like Megan a lot, but I like Rosie a lot too,” Duhamel said. “Rosie came in and had a lot fun. She had a great attitude and fit in well.”

When he wasn’t filming battle scenes around Michigan Avenue in the summer, Duhamel was seen riding a bicycle around the set and posing for photos with onlookers.

“I had so much fun there,” said Duhamel, who name-checked Rockit Bar & Grill in River North as his favorite hangout spot in town. “I always heard, ‘You have to visit Chicago,’ and I got to go there for three months. It was great.

“We made a lot of noise when we were there. I was so afraid they were going to throw us out.”