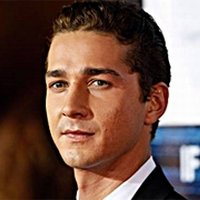 “Transformers” star Shia LaBeouf was briefly arrested early Saturday morning after a scuffle in a Sherman Oaks bar. According to TMZ, LaBeouf, 24, was at Mad Bulls Tavern on Ventura around 1 a.m. on February 5 when a heated argument arose between the actor and a fellow patron.

The crowd moved out of the bar and witnesses claim LaBeouf was punched in the face before police arrived on scene.

The actor, who is frequently seen at the popular late night establishment, was briefly placed in handcuffs along with several other crowd members.

“It was just boys being boys. Things got really out of hand and it didn’t have to go down the way it did,” Mad Bull’s Tavern owner Richard DiSisto said in a statement to Us Magazine. “No one needed or should have gotten hurt, things could have been dealt with in an entirely different way.”

Sources at the bar reportedly claim LaBeouf got rowdy and was punched in the face. But a source close to the actor says LaBeouf was jumped on his way out of the bar. Officers ultimately let everyone go, and there were no reported arrests.