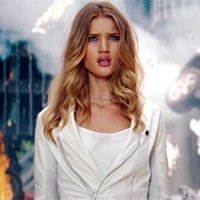 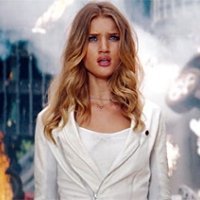 DOTM is coming nearer and nearer! This TV Spot says it all. Just in case there wasn’t enough testosterone coursing through Super Bowl XLV, the preview trailer for “Transformers: Dark of the Moon” should have done the trick.

The new 30-second trailer for the third “Transformers” installment brought with it a bevy of battling robots, concerned-looking humans (the movie’s stars Shia LaBeouf, Tyrese Gibson, and Megan Fox’s replacement, Victoria’s Secret model Rosie Huntington-Whiteley), and the general destruction director Michael Bay tends to bring along with any project.

Unlike the movie’s first trailer, which has already hit theaters and features Neil Armstrong’s journey to the moon in 1969 turning out a little differently (apparently in Bay’s world, one small step for man was one giant step for sneaky robots), this spot was short, and for “Transformers” fans, pretty sweet.

With a tagline that warns “On 7/1/11 Earth Will Go Dark” spliced in with all the action (and that’s really all there is, as not a single line of dialogue is uttered in the spot), viewers only saw blips of what can be expected on the big screen this summer.

The preview for the not-yet-rated flick featured scenes of disarray and panic on the streets (at times looking awfully reminiscent of another summer blockbuster with a Super Bowl ad: “Battle: Los Angeles”), burning cities, helicopter collisions and a car crash, which transforms into, well, Transformers. And, of course, there’s the return of both Bumblebee and Optimus Prime.

Duhamel: DOTM Will Be A Charmer