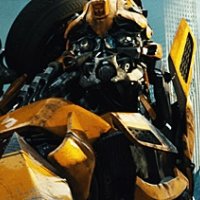 DOTM To Return To IMAX For 2 Weeks Run

Good news for DOTM movie fans who love to watch them all over again. Paramount announced that their summer blockbuster Transformers Dark of the Moon will be re-released again in IMAX theatres for an extended two-week run, beginning Friday. 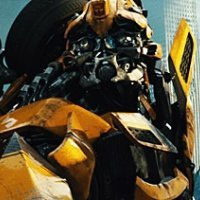 The third “Transformers” flick is currently the second-highest-grossing film of the year in the U.S., coming in second to “Harry Potter and the Deathly Hallows, Part 2” with $348.5 million. “Dark of the Moon” will get a second life in 246 IMAX theaters in North America beginning on Friday, according to The Hollywood Reporter, and will run in IMAX through September 8.

In most cases, that means the Michael Bay flick will screen alongside already running movies like “Deathly Hallows, Part 2,” “Cowboys & Aliens” and “Final Destination 5,” given that Steven Soderbergh’s soon-to-open “Contagion” doesn’t hit IMAX until September 9.

Last year, “Avatar” made a similar move at the end of the summer, attempting to recapture moviegoers’ interest before the end of the blockbuster movie season. The major difference between re-releases for “Avatar” and “Dark of the Moon” is that James Cameron stuffed “Avatar” with nine more minutes of previously unreleased footage to entice moviegoers.

While “Dark of the Moon” doesn’t have new footage, the newest releases haven’t been big draws at the box office and that may make it a good time to try to nab any stragglers who still want to see giant robots blow things up.

Christopher Nolan’s Batman flick also benefited from this strategy. After its initial July 2008 opening, Warner Bros. gave “The Dark Knight” a February 2009 IMAX re-release. And even though the studio bypassed the summer movie season for the second release, the stunt still worked. There was plenty of residual interest in the flick following its Academy Awards success, and the second run helped push “Dark Knight” onto the list of the highest-grossing films of all time.

It will be interesting to see if this becomes a trend in summers to come, with blockbuster films like “Prometheus,” “Men in Black III,” “The Amazing Spider-Man” and “The Dark Knight Rises” all set to hit theaters in 2012.