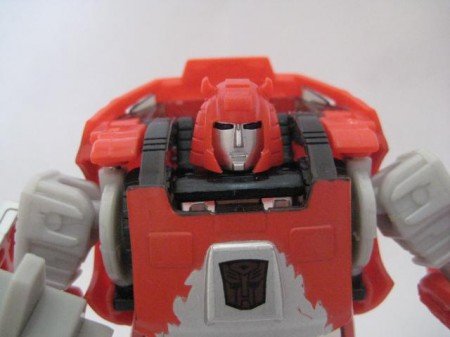 Here is a pictorial review on an add-on kit for Classics Cliffjumper made by a 3rd party namely Beelzeboss. Third party companies have played big parts in the Transformers toys universe. From a tiny gun to whole robot figure. This review here is a bout a small custom kit. And with that, Beelzeboss presents: Devil Horns Custom Kit (for Classics Cliffjumper). 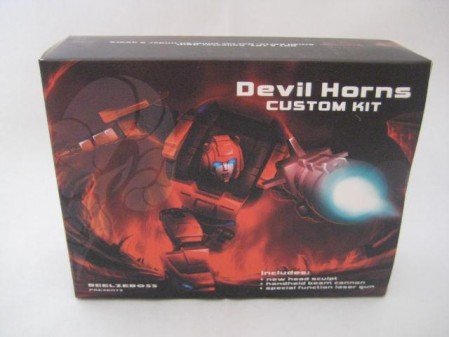 The box is very cool looking. The artwork on the box already showed which figure is this add-on kit is for. Great colour combination of black and red (and a little blue and white). Wondering what is the kit? Let’s take a look at the back of the box. 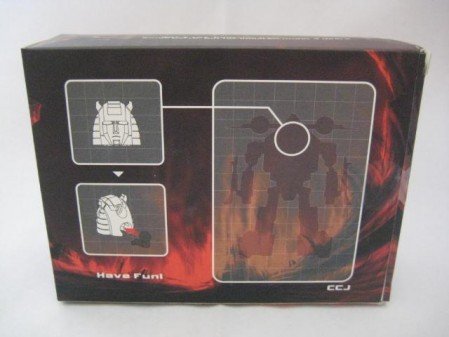 Back view of packaging

There you go. It’s a custom head kit for Classics Cliffjumper. Pretty simple information with just three pictures. We can see the big picture shows the outline of the official release of Classics Cliffjumper. Still wondering “Hmm..a tiny head in that whole box?”. Well then let’s take a look inside. 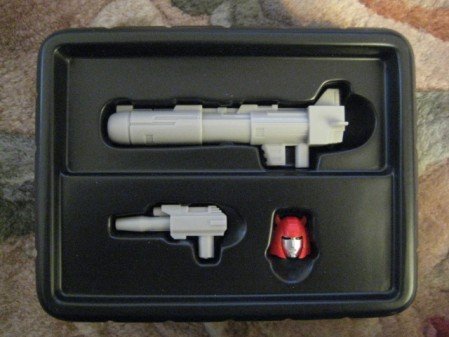 Tadaa! It’s the head of Cliffjumper with two additional weapons. A big rifle and a small pistol. It’s really a bonus and made the kit becomes more interesting as we all know that Classics Cliffjumper didn’t come with any weapons. Why a big gun and a small one? For G1 fans, this is a tribute. In the G1 cartoon, first episode, Cliffjumper used a big weapon and blasts towards the Decepticons while he was snooping them with Hound. It’s just a one time use but still a great homage to have this big weapon included in this custom kit.

After a while struggling to get the old CJ head off and put the custom head on, here he is: 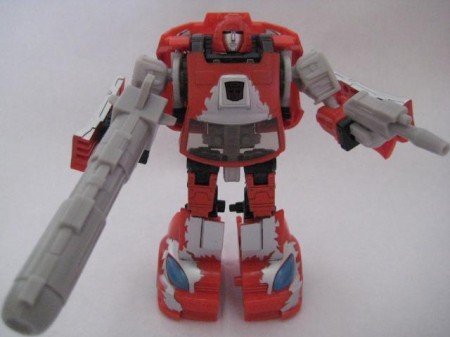 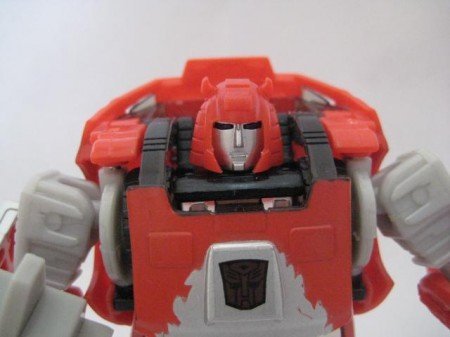 The head sculpt really resembles his G1 cartoon self. Probably a bit thinner but the detailing on this head is great looking. His optics may appear black in colour but upon closer inspection it’s actually a very dark blue colour. It has a small light piping on the back of the head. But it is not really working. With those tiny optics and and small light entrance on the back doesn’t make the optics glow. Maybe if you put a light directly behind it but I haven’t tried. 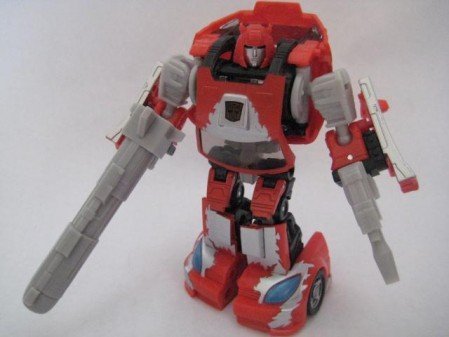 The head is ball jointed. So as usual you can make him look right and left and up. He can’t really look down as you can see his chin is already adjacent to his upper chest. And looking left and right, that is as far as it can go. To make him look up is a bit of a hassle. The lower-back part of his head will get stuck to the base of the neck so you would have to swivel it gently with a little force. But be careful as not to break the head entirely. 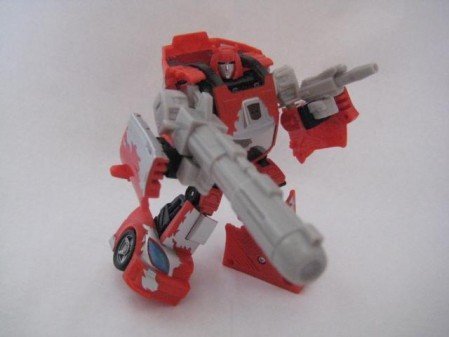 Well, what can I say. A big gun for a robot is destructive. But a big gun for a small bot is even more destructive and devastating. Really it brings more lively action to the figure. And the small gun, oh well, every robot has one. The one setback of the guns are that they are just grey plastic. There are no silver or even touch-ups on the guns. 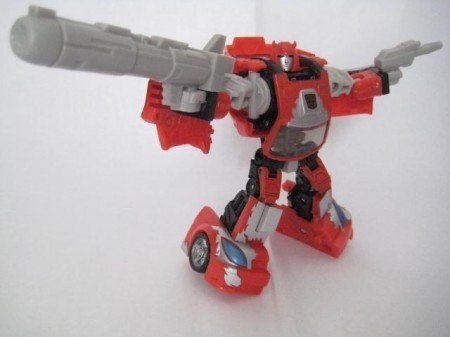 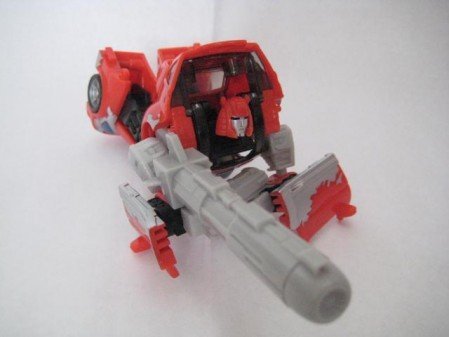 A big long range gun, this pose is a definite right? 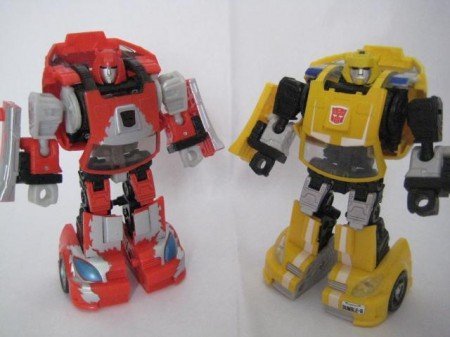 The head sculpt really defines that he is Cliffjumper and not a Bumblebee twin. Would be a bit nicer if his optics were a bit larger though.

One point though that the space to connect the joint is a little small for the ball joint. So it is very tight to turn his left and right. Would have to use a little bit of pressure.

Optics, nose, mouth are all proportionate. The horns are just the right size. Nice detailing on the top and sides. The guns have nice detailing to show the nature of the guns. Not just handles and barrels.

For the old time G1 Cliffjumper feel, this package contains all.

If I were to split points half and half, I would give 5/5 for the head and 1/5 for the guns. The paintjob on the head is superb. The vibrant red is a definite match to the original paint on his body. The guns however is a bit of let down with just grey plastic. The colour grey is the same as his shoulders.

It really brings the character to live. Aside from defining the character, it also shows that Cliffjumper means business and not cute and cuddly looking.

No complexity involve. Just open and wear em’. It is just an add-on wearable after all.

Depends on individuals. Three tiny items. For G1 fans it’s probably a must.

Small custom kit that defines a character. If the figure’s looks are important to you, then grab it while you have the chance. A serious looking face with two guns can’t go wrong.