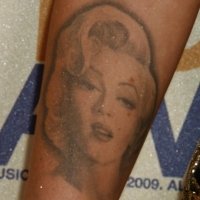 Megan Fox, the star of two Transformers movie is well known with her tattoos and on a recent news, Megan has been going through laser treatment in the last several months to remove her Marilyn Monroe tattoo. The “Transformers” starlet has kept mum on the reason for removing Monroe, until a recent interview with Italian magazine Amica. 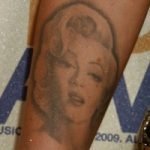 “It’s a negative character, as she suffered from personality disorders and was bipolar. I do not want to attract this kind of negative energy in my life,” Fox told the magazine.

Monroe’s face has been on Fox’s inner forearm for years, but recent photos of the actress have revealed a fainter version of the tattoo.

This is not the first time Fox has removed something from her body. In 2006, the actress parted ways with a navel piercing.

“I did it when I was 16-years-old because I was a fan of Britney Spears. The only time I tried to imitate someone else. But then I thought it was tacky so I removed it when I turned 20,” Fox told Amica.

Don’t expect the actress, now 25, to be missing her Monroe tattoo anytime soon.

Fox has multiple etchings on her body, including a King Lear quote on her back, Old English text on her left rib cage, a moon and star combination on her right ankle and the name of her husband, actor Brian Austin Green, right below her stomach.

DOTM To Return To IMAX For 2 Weeks Run