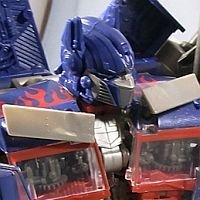 Now feast your eyes with Striker Optimus as it is ‘fondly’ known in Transformers Darkside Moon. Here we have got some pics pinched from Higekumatoytoy with his reviews done awesomely on this awesome DA-28 Striker Optimus figure.

Affes has put the reviews in an extensive 3 part detailing the figure in all aspects possible including putting him in comparison with the standard Jet Optimus Prime in robot mode, alternate mode and battle mode. This includes the usage of weapons posing in action. 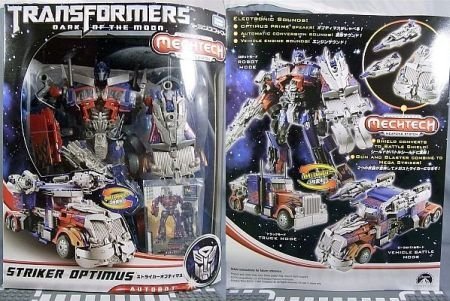 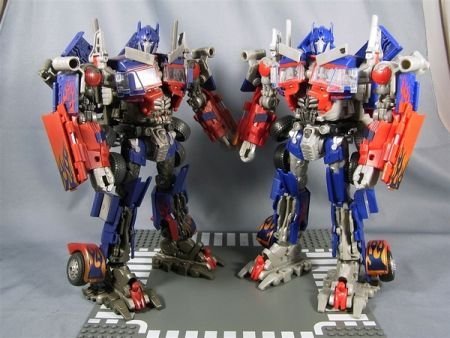 This is truly an amazing set that Takara Tomy have released and I can say that this is one of the best Movie Primes ever. Making use of ROTF Leader Optimus as a the base retool mold is just simply idea. This fella shall end the DOTM franchise short and sweet if there is nothing else out there for Hasbro/takara-Tomy to release. 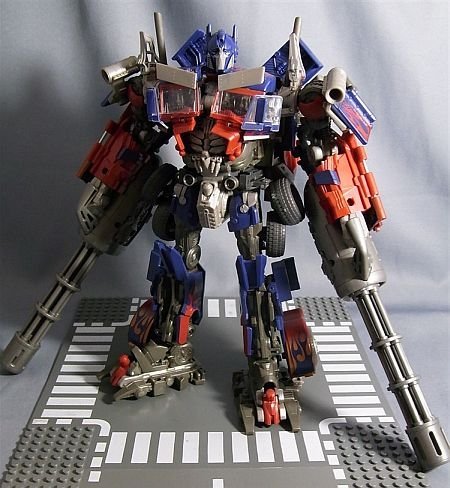 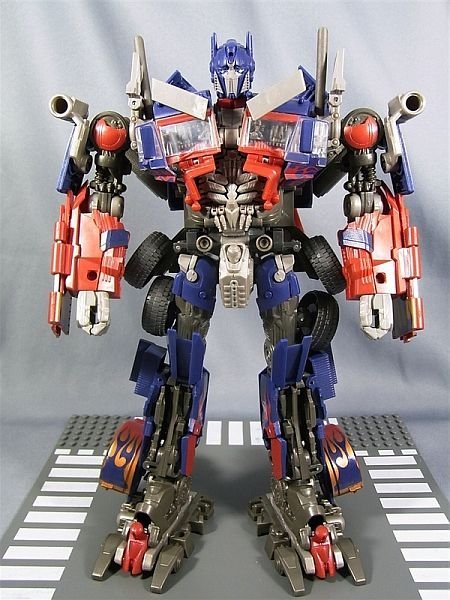 In his robot mode, his grey and blue part has been darkened with different flame decals that extend past his smokestacks. His tires are dark grey as well including the hubcaps. Everything about DA28 Striker Optimus can be summed up with one word – DARK. 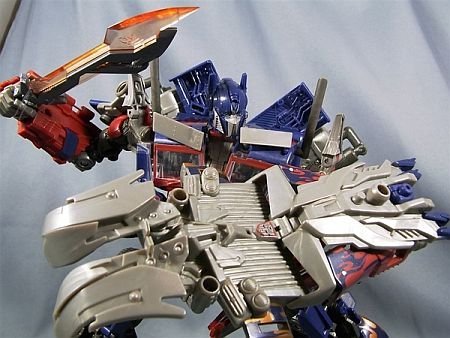 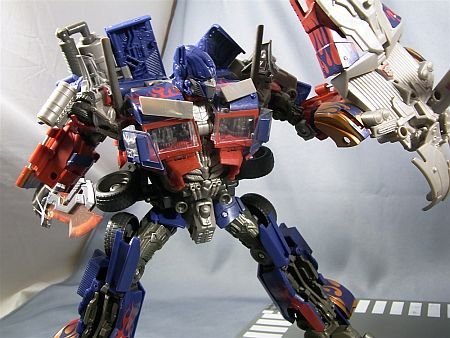 As reviewed by Affes, no swords is included within this set including the Buster Rifle that Jetwing Optimus had using his gas tanks. 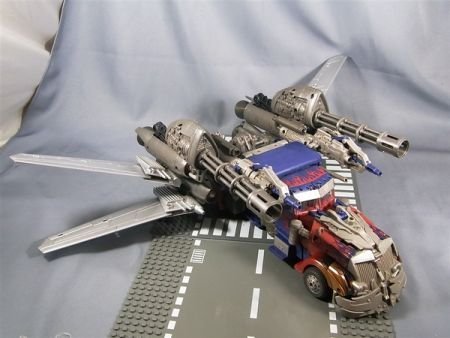 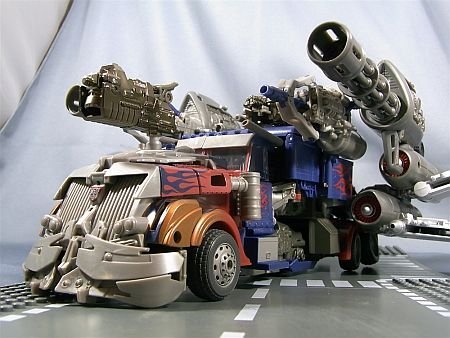 Check the rest out in Affes’s page via Higekumatoytoy. Creds goes to him too.