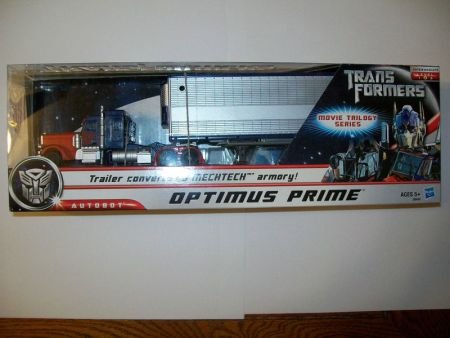 Seems like all the Primes regardless of size class are getting a trailer treatment that includes deluxe class! Skimmed through Seibertron, they had a snippet out of an ebay auction which featured these.

For that we get a chance to had a glimpse of what the upcoming Movie Trilogy line looks like. The figure that we meant in the auction was actually a Deluxe Optimus Prime with a Mechtech trailer.

This ‘spinoff’ line is called Transformers: Movie Trilogy Series. This could denote that this spin-off line will be something like Hunt For The Decepticon etc that you might find in stores soon.

Optimus Prime has traveled across the universe, and fought along side many great noble warriors. Throughout it all, he has relied on his own private arsenal. It is a collection of the most powerful weapons in the universe. Built up over centuries, it has seen him through some of the most dangerous and devastating battles in the history of the cosmos. 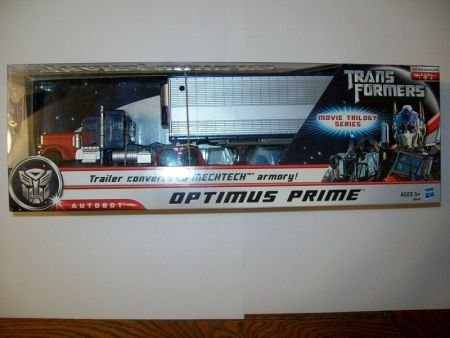 back view of packaging