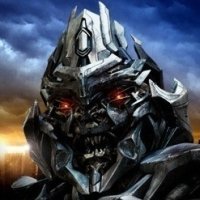 For the past couple months the film Transformers 3 has been filming around the Chicagoland area. We have all seen pictures of the Autobots, Optimus Primes new trailer, Decepticons and massive tons of destruction and giant floating heads on sticks.

But there has been one question that has lead to many fans of the movies wondering, Who the heck is that?

Seibertron.com’s member, Albershide, has found another rumor about the upcoming third piece of the Transformers live action films that comes from a supposedly pretty reliable source according to some.

This rumor is probably one of the most far-fetched that we have heard so far. It involves the identity of the Mad Max, Death Race styled semi-truck that has been photographed on set, and a major character.

Fans have taken pictures of what is a beat up, rusty, Mad Max looking tanker truck. Many Transformer fans have speculated if the truck was a new Autobot or a Decepticon. Until today speculation has run rampant through the internet world.

But as of yesterday I received confirmation from sources close to the filming that the truck plays a big part in the movie. The news, of who the character was, is shocking to myself and will rock most of the internet and will cause plenty of disbelief among Transformers fan. With out further delay, the truck is……MEGATRON!