Prime Starts Now, At The Hub

With less than two weeks before the channel is officially set to debut, Hasbro finally updated its website for the Hub and the new Transformers cartoon Prime. Mainly, it’s a shit-ton of character designs; TF World has them all, but I wanted to show a few here on TR.

You can see a bit of the Bayformers influence in Optimus’ robot mode above, but that doesn’t particularly bother me; what bothers me is that his vehicle mode appears to be cel-shaded, while his robot mode is normal, if a bit over-textured, CG.

The discrepancy between the two freaks me out.

In the portal, we will find biographies for 11 characters, including Autobots, Decepticons and Humans. Optimus Prime, Bumblebee, Arcee, Bulkhead and Ratchet are summarized for the Autobots, while the Decepticons have Starscream, Soundwave and Megatron.

Rounding off the list are the humans, Miko, Raf and Jackson. Check out some of the biographies below, while the rest can be seen over at the Hub! 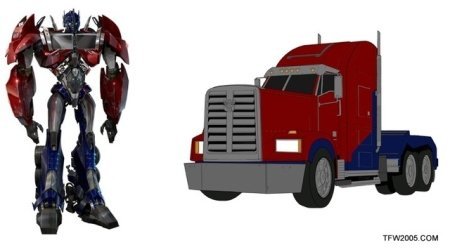 Optimus Prime
The Autobots’ leader is the biggest, strongest, and smartest. Optimus Prime makes the plans and protects the humans in the war with the Decepticons. He’s awesome in big-rig mode and even more amazing as his true red-and-blue-armored self. You wouldn’t call Optimus Prime cuddly, but he does care. He’s just seen a lot of battle … and he knows there’s more to come. 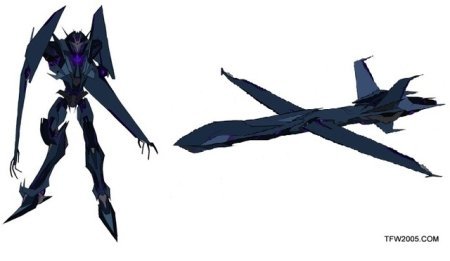 Soundwave
Soundwave is awesomely creepy-looking, and his stealth spy-plane form makes sense, too. Frankly, if I can’t have Soundwave as a boombox — and I can’t, because it’s 2000-fucking-10 — I am 100% down with this. A stealth drone and the Decepticons’ spy master, Soundwave has no face and doesn’t say much. He just quietly finds information to use against the Autobots. He can tap into any transmission anywhere, except at the Autobots’ secret base. Soundwave’s far-reaching tentacles can snap through concrete, but his main tools are the tiny Deployers in his chest.

This giant ATV is the muscle of the Autobots. But Bulkhead’s actually kind of sensitive — as Miko learns when she bonds with him. At first he was a little afraid of hurting his tiny partner, but Miko helped him get over that. Now she even pushes him to do things that sometimes get him into trouble. But when Miko’s in danger, Bulkhead’s there to protect her. 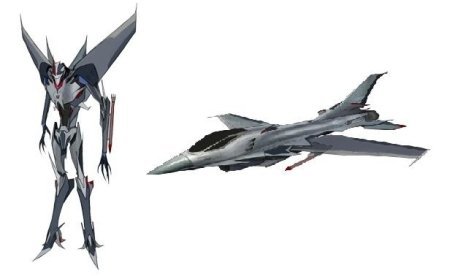 This military fighter jet is Megatron’s right-hand man. Starscream would rather sneak up on his victims than face them head-on, which makes him extra-dangerous. He’s an expert planner, and that’s one reason Megatron keeps him around. Starscream always shows respect to his general, but he’s really just waiting for a chance to take command of the Decepticons himself. 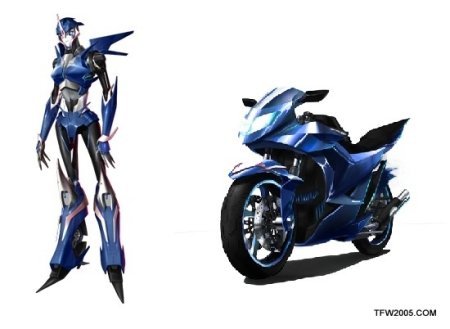 Arcee
​Here’s Arcee. She looks like a stunt double from the old ’90s anime Bubblegum Crisis, which probably drives a few of you insane, but doesn’t bother me either. Check out a few of the Decepticons after the jump. 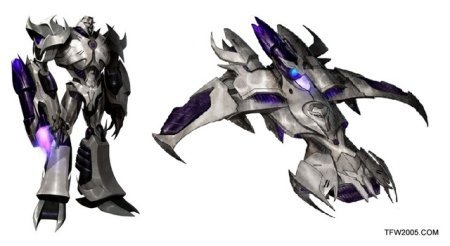 Megatron
Megatron is some ridiculous alien plane — following Bayformers’ decree that Megatron absolutely refuses to be a robot in disguise.

Why does Hasbro insist on throwing in some goddamn rugrats in their Transformers cartoon? I say this, of course, as an old nerd bastard, but I know for a fact I would have felt the same way when I was an 8-year-old bastard. Robots are awesome; children aren’t. And it’s obvious that Hasbro isn’t even trying, since they’re following the generic male lead, spunky female co-lead, and nerd character triumvirate used in 90% of all cartoons ever. Every moment spent on these characters is a moment not spent on giant transforming robots, and for a show called Transformers, that shit is not cool.

Check it at the HUB