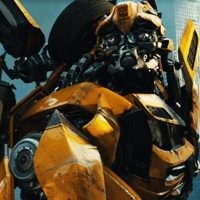 This is rather interesting. As we all know that the original remaining Autobot team is still intact except for Ironhide’s demise. With Michael Bay gone  and Shia Labeouf done with the franchise professionally, the next incarnation of Transformers will most definitely look different.Without the auteur subtlety of Bay, producer Don Murphy will need to go to someone else, and there aren’t many who can handle large action sequences with as much skill (at least not many who would want the job).

We ain't gone, we be back kicking Bay's ass out of the fourth!

Still questioning whether we’ll see more of the giant robots? Murphy posted on his website (via /film), saying “What happens next? Certainly not a reboot. We haven’t lost the Transformers. They didn’t grow up or become expensive like Toby Maguire. I don’t know what happens next. I’m pretty sure there will be a second trilogy. I am pretty sure it will kick ass. And I am pretty sure some of you will hate it because it wasn’t all bots.”

So if the producer is pretty sure they’ll make more, what should they look like? What problems can the fix? What elements should be kept the same? What do you want to see in future Transformers movies?

More robots of course. Or with beasts?