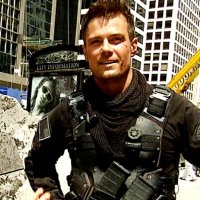 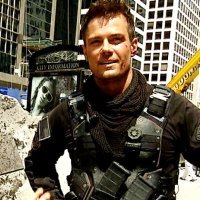 Josh Duhamel has bragged that the third “Transformers” movie will be bigger than its two predecessors. Entertainment Tonight has got a chance to chat with some of the stars from “Transformers: Dark of the Moon” on the Chicago set about the new movie, and shared it through a new promo video.

Met by Samantha Harris amid the rubble and fire, the 37-year-old actor who portrays Major William Lennox on all three installments admitted even he was impressed by the grandeur of the latest movie. “Michael Bay does it big,” he noted. “He likes to do it on a grand scale – and this is definitely bigger than the first two.”

Leading actor Shia LaBeouf, in the meantime, told Mark Steines, “This is the best Transformers movie we’ve made.” He added, “It has the best set pieces, it’s the best script we’ve had so far, and we’ve had more time and prep. … I just think it’s a stronger movie and I think we’ve learned from our mistakes.”

Another promo video doesn’t offer any commentary from the cast or crew about “Dark of the Moon”. It does however give away footage of the Windy City being turned to rubble as the filming of explosive scenes takes place. More excitingly, it also uncovers the first look at the logo of this third film in the series.

ET’s Behind The Scenes & Logo Revealed