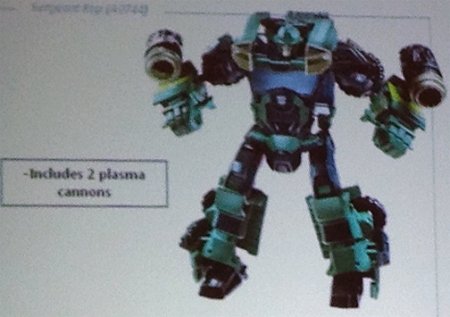 More goodies have been revealed in CybertronCon and thanks to the panelists, we were able to flaunt new photos of more upcoming Transformers Prime deluxe figures.

From the presentation, we were able to get the first glimpse of what was seen as Transformers prime deluxe class Sergeant Kup and Rumble.

These figures are slated for release in October and they will be part of a scheduled wave 5 of the Transformers Prime RID line.

Sergeant Kup as seen in the pictures will be obviously be a repaint of the upcoming deluxe Ironhide figure and Rumble appears to be a new mold with a possible Frenzy repaint. 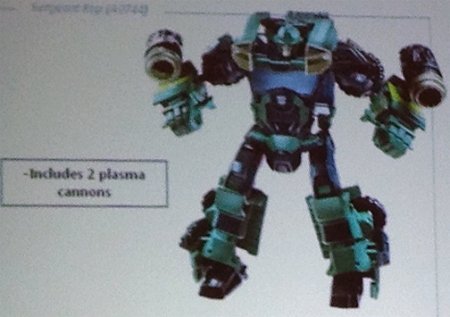 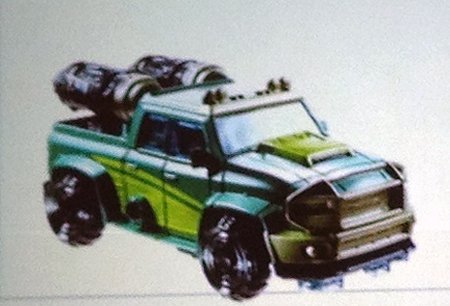 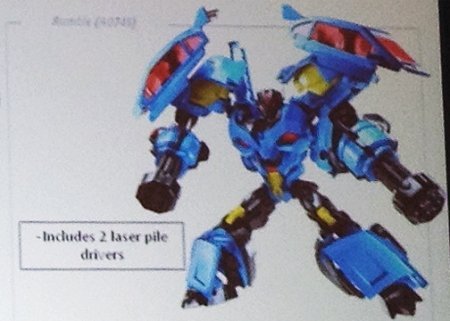 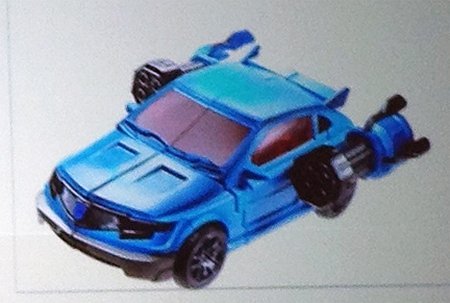