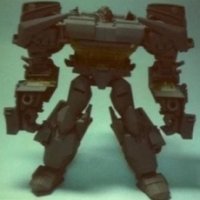 Transformers Prime Breakdown To Be A Voyager Sized

CybertronCon today revealed what seems to be a prototype of Transformers Prime Breakdown, and rejoice as he is going ot be a bulky voyager class sized Decepticon!

This was revealed during a joint panel with Takara Tomy’s crew at the weekend’s Transformers Cybertron Con 2012 in Singapore. 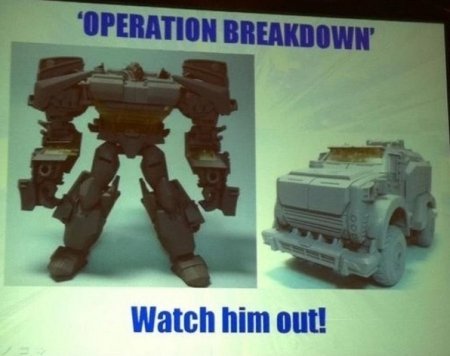 No further news on the terms of release date or size class, but based on the image that we have received here from STFU, the picture shows that the figure is true to the character design, following the trend for the toyline’s figures.

The picture shows Breakdown in his uncolored prototype mode and we will get to know more about him in the next upcoming Botcon hopefully.

Under the moniker of Operation Breakdown, he will be out tentatively June 2012.