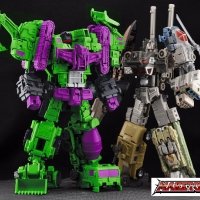 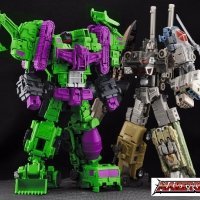 Hasbro in their defensive stand has sent out warnings and reminders that they will not condone nor working with third party to safeguard their interest.

In CybertronCon, Hasbro finally reiterated one again and said it: “They do not condone the work of the third party shops and they will never work with them.”

This question was asked during the Q&A session at Transformers Cybertron Con 2012 over the weekend between fans and panelists.

Though having said that they are not condoning them however, Hasbro did not explicitly say that when or how they will take actions against any third party custom shops.

This is the first time that Hasbro has publicly make a stand in front of fans and it seems that Hasbro is really serious about what they say.

They have previously said that they don’t work with these shops and do not see any type of relationship in the future.