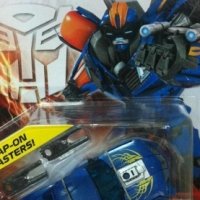 Transformers Prime deluxe class toys galore continues with some surfacing photos thanks to some ebay seller.

Here we got some in-package images of the upcoming Transformers Prime RID Deluxe Class repaint of Bumblebee called Hot Shot and his wave mates Knock Out and Vehicon along with their complete bios. 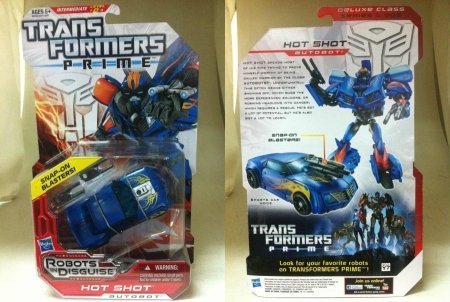 “Hot Shot spends most of his time trying to prove himself worthy of being called warrior by the older AUTOBOTS. Unfortunately, this often means either showing off, which bugs the more experienced soldiers, or rushing headlong into danger, which requires a rescue. He’s got a lot of potential, but also a lot to learn.” 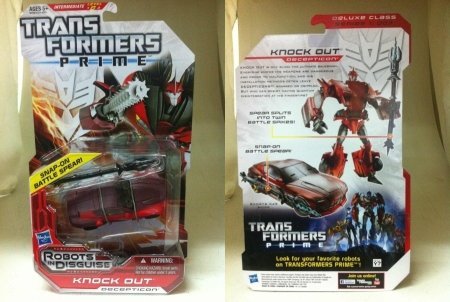 “KNOCK OUT is oily slick; the ultimate salesman. Everyone knows his weapons are dangerous and prone to malfunction, and his installation methods often leave DECEPTICONS scarred and crippled. But who can resist having quantum disintegration at his fingertips?” 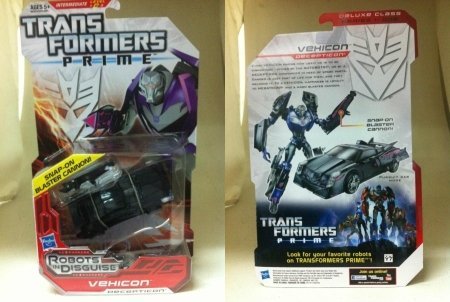 “Every VEHICON knows how likely he is to be dismantled – either by the AUTOBOTS, or by a DECEPTICON commander in need of spare parts. Danger is just part of life to a VEHICON, happiness is loyalty to MEGATRON and a warm blaster cannon.”