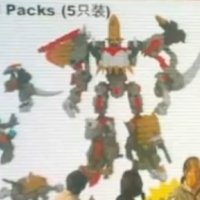 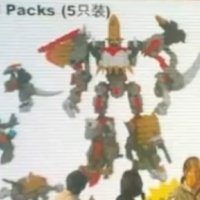 The homage of Dinobot is a result from fan’s interest that they have throwed in to Hasbro. That is why Hasbro announced to the attendees during BotCon 2010 that they found Transformers fans have a geniune love of the Dinobots, so they decided that the Dinobots team is a great addition to the Power Core line.

The set was unveiled to the public (where pictures could be taken) at China’s first convention CybertronCon. The Dinobots will be released as the first wave of 2011.

Over at Yahoo Japan auction, a few loose piece of upcoming Power Core Combiners Grimstone with Dinobots has been put up for auction. 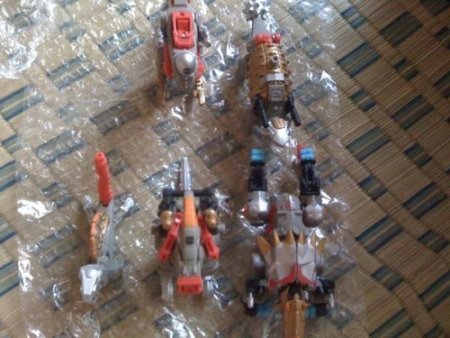 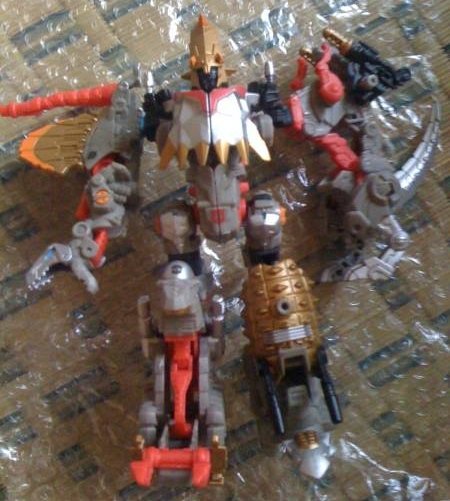 The Dinobots, lead by Grimstone, are capable to combine and form a bigger robot mode.