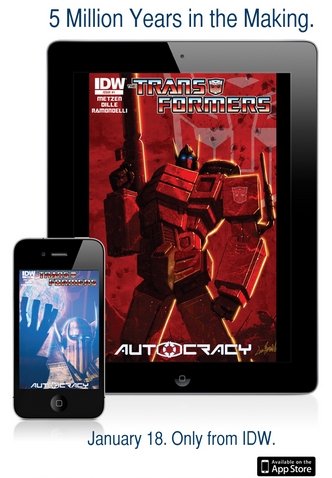 Debuts January 18th, 2012, Transformers: Autocracy by Flint Dille and Chris Metzen will be on sale via iPhone and iPad for only 99 cents.

Don’t have an iPad or iPhone? You can still read this comic right off your internet browser. Order it here. A few hours ago, IDW Publishing launched a video teaser announcing Transformers: Autocracy. 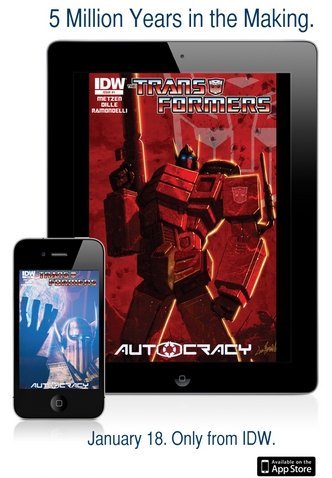 AUTOCRACY is an all-new 99¢ bi-weekly TRANSFORMERS series featuring the stunning TRANSFORMERS writing debut of Chris Metzen — SVP, Story and Franchise Development at Blizzard Entertainment and one of the main creative minds behind the company’s Warcraft®, StarCraft®, and Diablo® universes. Metzen is joined by co-writer Flint Dille, a fan-favorite for his work on the original TRANSFORMERS animated series, and TRANSFORMERS: CHAOS artist, Livio Ramondelli.