GenZhao has shared a photo gallery of the upcoming Toys-R-Us exclusive, Gathering at The Nemesis (tri) bundle pack. This release will come with The Fallen, a repaint of the voyager 2007 Movie Megatron, and a repaint of the deluxe Soundwave figure.

Is quite surprising that 2007 voyager Megatron was chosen instead of the one from the current ROTF line. The voyager features a chrome-goldie paintjob. Nothing much on the mould, while Soundwave was a a redeco of its G1 counterpart, which is more movie accurate I guess?

Soundwave, in the movie was depicted in dark colours working covertly in the space spying on military facilities. Nothing much can be said about The Fallen as the paintjob is similar to the standard voyager version. However this bossman should be painted black!

The bio behind the box stated;

“On the surface of an ice world lost in the deep black of space lies the wreckage of an ancient, powerful battleship long viewed as a sacred place of Decepticons. It represents the height of their power and it is there that three of the evil robots meet to discuss their plans for final victory over the hated Autobots. For the first time, The Fallen reveals himself and openly explains the plan that will not only allow the Decepticons dominion over the earth, but over the entire galaxy.” 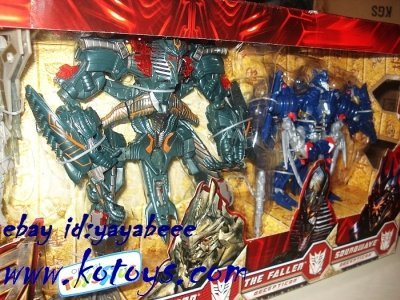 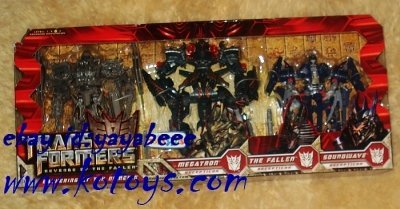 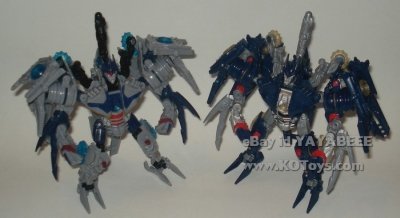 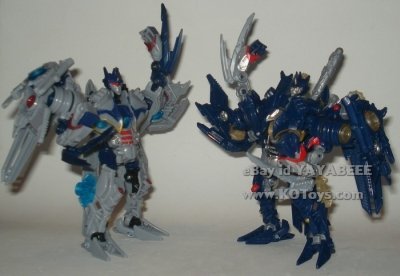 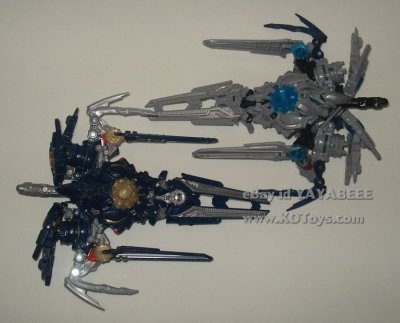 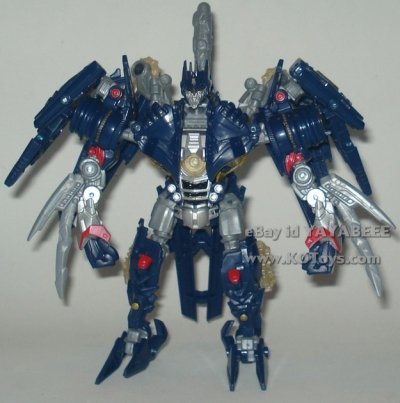 Gathering at Nemesis is a tri-pack that is a must get, don’t you think? Check the profiles of the trio in Botbase;