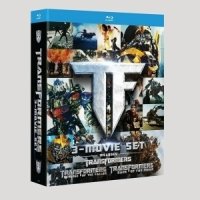 Amazon have revealed an image of the box art of the upcoming Transformers Trilogy in a Blu-Ray Box Set format. The cover depicted an iconic collage of all the best scenes of the three movies.

The three disc box set includes Transformers, Transformers Revenge of the Fallen, and Transformers Dark of the Moon. Behind the scenes features will be included in the Signature Edition set assuming that it will be out in the regular version as well. 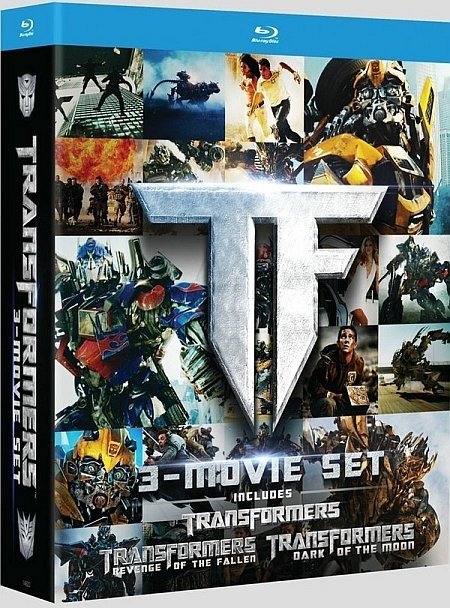 The synopsis of all the movies are stated in the box labels:

“The interstellar war between the Autobots and Decepticons shifts onto overdrive following the discovery of Sentinel Prime in this sequel from director Michael Bay. Only a precious handful of officials in the government and military realize that the 1969 moon mission was the result of an event that threatened profound repercussions for the entire human race. When the Apollo 11 astronauts discover the wrecked remains of Sentinel Prime on the surface of our natural satellite, they bring him back to planet Earth. But Sentinel Prime wasn’t the only alien object on the moon, and when a malevolent new enemy makes its presence known, only the Autobots can save mankind from certain destruction.”

The set is scheduled for release next Tuesday, December 13, 2011 and pre-orders have already started, check Transformers Trilogy Blu-Ray in Amazon.