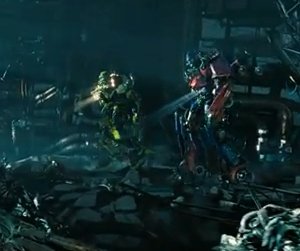 A few days before James Cameron and Michael Bay attended a talk at the invitation of Paramount Studios called 3D: The art of TV for a specially invited audience of film students, print / online journalists and various types of industry. They discusses the similarities included (a mirror absorbs about 4% of the light is reflected when he said Cameron is missing something) and of course they discuss favorite subject of Cameron, that is 3D. Cue much technobabble as Bay was about to shoot after entering 3D Transformers won despite an initial poor start after losing entire days of shooting due to a defective hard disk.

Several guests were also present and were the first five minutes of the film in 3D, which were treated impressive. A few days later, we are confronted with a 3 trailer plays. He gets a lot of different planes, is no more boom and things, of course, the bass speakers worrying seen in full force. They are eight years old, he will probably be his “best movie ever in the world.” If you’re not, I fear that is not much more for you. If your a fan of Shia LaBeouf. There is a bit told me.