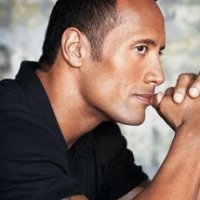 Given how much Transformers: Dark of the Moon made at the box-office and how fast Paramount obviously wants to push out another sequel, it’s amazing that it’s been taking soo long to get things moving.

However in a recent interview, Dwayne “The Rock” Johnson says Michael Bay is set to do Transformers 4. Mr. Johnson spoke about doing upcoming flicks like Pain and Gain with Mr. Bay, who has said multiple times he will work on the film prior to going back to the giant robot franchise.

“I’m leaving all of my options on the table,” he said back in December 2011 when a rumor popped up that he was close to committing to a deal to return for Transformers 4.

“It’s an awesome project called Pain and Gain. It’s been with Michael Bay for some time now. …The goal will be to shoot it this year. Sure. Because, I know, he has Transformers to make. Obviously. That juggernaut. I can’t wait for that. Plus I got Fast Six business,” he said.

Hasbro & Mattel Toying With Our World