Home » Blog » Movie » Spielberg: Bay Might Be Back 4 More 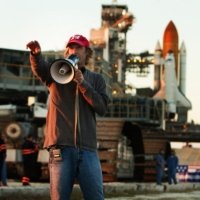 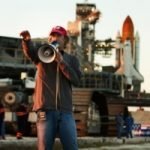 Steven Spielberg’s comment regarding Michael Bay’s come back in filming Transformers 4 seemed to tally after all when Michael Bay almost seem certain directing the fourth of the successful Hasbro franchise worldwide.

This was revealed during the most recent interview between Spielberg and Entertainment Weekly.The question was asked if Spielberg thought there would be another Michael BayTransformers movie to which he said:

“I hope so, because I think he made the best of the three with this last one. I certainly can’t imagine anybody other than Michael being equipped to make another Transformers. He’s invented a genre and he’s got the secret formula.”

Bay lamented somewhat in tune with Spielberg by his quotes to Channel News Asia at the opening of Transformers: The Ride:

“How did I know someone’s going to ask me this question today? We’re talking about it, but there’s nothing right now. I’m going to do a tiny movie first, then we’ll talk about it, if I potentially do it.”

It seems like Bay is adamant with having a filler as his ‘break’ before filming the fourth. So, once Bay does his small movie, if both he and Spielberg want it to happen, it’ll happen. We know the fans and Hasbro are certainly hoping so. The franchise is a massive money gold mine for everyone who is involved.

After all, fans can breathe a sigh of relief on Bay’s remarks after as it seems like he is thinking about changing his mind. His come back will make everyone happy, particularly Paramount.