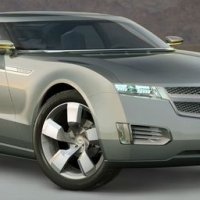 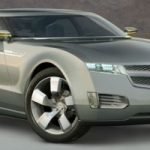 Pay no attention to that man behind the curtain — GM’s current struggles aren’t exactly a secret, as the automaker continues to cut jobs amid word from Wall Street it could even go bankrupt.

With its stock price falling and speculation that one or more brands will be sold or shut down, clearly the General is looking for a bit of good news. With that in mind, as America’s largest automaker marks its 100th anniversary this year, the company may celebrate by giving consumers a glimpse of a brighter future — in the form of the production-ready, 2010 Volt.

Despite several setbacks, development of the Extended Range Electric Vehicle is now going smoothly, and after driving a prototype GM’s vice-chairman Bob Lutz recently said there was “almost no reasonable doubt” that the project would make its late-2010 deadline. Though it will most likely cost $10,000 more than originally planned and only be built in limited numbers until 2012,

GM hopes revealing the highly-anticipated vehicle early will increase confidence in the company and pull focus away from its continued losses and slumping SUV sales. Reportedly very different from the original concept, according to spokesman Rob Peterson the Volt is “getting very close” to a production-ready design, and versions have already been shown to a Los Angeles focus group. In addition the car will be featured (along with other GM products) in the upcoming Transformers sequel, which is filming now. 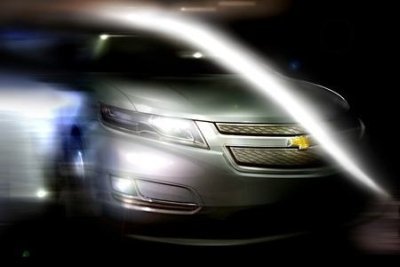 GM will mark its centennial on September 16, and plans to unveil a string of new vehicles during the upcoming auto show circuit, including a U.S.-bound Beat and Chevrolet Cobalt replacement. Previous rumors have been that the Volt would make an appearance at the Paris Auto Show this October, and if GM takes the wraps off the car’s design early, this could be a possibility.

Despite a new restructuring plan the General’s fortunes have continued to sink, with sales down 18.5 percent in June. And while displaying a car that won’t be widely available for another four years will hardly distract consumers from the company’s current troubles, it at least shows that GM has a vision of better times ahead.