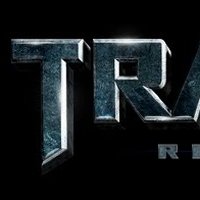 Michael Bay’s Transformers was a blockbuster, no question. While some people hated it, mainly due to choices like giving Optimus Prime flames, I thought it was entertaining for what it was.

That’s saying a lot since I think Bay nearly destroys everything he touches. Will the sequel be better than the original? Judging from the looks of the logo it may be more of the same.

Paramount/Dreamworks made some updates to the website of Transformers: Revenge of the Fallen, including a new logo that looks very much like the original. Let’s hope that Bay and company are spending all the money they saved on special effects. More importantly, can we try and make Starscream and Megatron different colors so that I can distinguish one jet from another?

I bet Joel Schumacher would be happy to lend some leftover neon paint from Batman and Robin.