Revenge of the Fallen Storyline 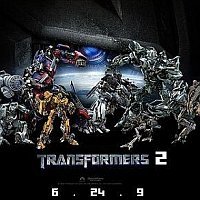 Warning Spoilers! Some new rumors of Transformers: Revenge of the Fallen have popped up on the interwebs dealing with plot points and characters. Other discussions include the airing of a teaser during the Super Bowl and the persistent Superion rumors that none of us believed anyway.

So first, I guess we should get to the juicy stuff. Some information comes from “Toadimus Prime” who has posted some storyline rumors told to him by a source. The rumors are posted below.

Most of the information does not vary widely from what we have previously heard. However, the Superion rumor is quite interesting.

There is quite a large possibility that the character will not appear in the film, which (I’m assuming) most of the fandom most likely thought so.

However, several entertainment websites including IESB have reported that Superion will make an appearance in the film and the rumor above seems to add fuel to it. What the source saw is most likely just promotional material for the repainted figures.

Next, the Transformers Live Action Movie Blog has also posted rumors of its own, including some rumors of the Megatron and Starscream duo.

Totally contradicting the previous rumors you’ve read by “Toadimus Prime,” source “Tawd” reports:
“They’re going to bring back Megatron and the Starscream/Megatron relationship will be more prominent than it was in the movie and much more like the G1 series. Also, it may be a three way brawl…[with] the Fallen [posing] a threat to both sides.”

“Tawd” also reports that he knows somebody who received promotional material that seems to indicate that the Transformers: Revenge of the Fallen teaser slated to air during the Super Bowl will make an appearance sometime during halftime.

As both of these sources are secondary sources, it is in your (heart’s) best interest to take them with a grain of salt.