Production Shut Down After Serious Injury 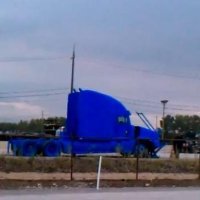 Near-tragedy on the set of Transformers 3. An extra was hospitalized Wednesday evening after suffering a severe head injury during filming of a stunt that went awry.

According to the Indiana State Police, the woman, who was not part of the stunt team was behind the wheel of a car when an object smashed through her windshield.

“Preliminary investigation revealed that shortly before 7 p.m, the movie crew was filming a stunt using numerous vehicles and drivers,” authorities said in a statement. “During this stunt, an object struck a 2006 Toyota, hitting the vehicle, and then went through the windshield hitting the driver.”

Her car in turn plowed into a median barrier wall and continued on about a mile before coming to a halt.

A local ABC affiliate identified the victim as 24-year-old Gabriela Cedillo and quoted a fellow extra as saying she had been injured by a tow cable that came loose.

Production was immediately suspended, and Cedillo was airlifted to Loyola Medical Center in Maywood, Ill., in critical condition. The hospital would not comment on her current status.

Police are probing the mishap. Reps for Paramount Pictures and DreamWorks, the studios coreleasing Transformers 3, have yet to comment.

The Michael Bay-directed flick, starring Shia LaBeouf and newcomer Rosie Huntington-Whiteley (in place of the departed Megan Fox), had been scheduled to film today in Chicago’s Millennium Park. But that shoot has since been canceled and it’s unknown if the accident played a role in that decision.