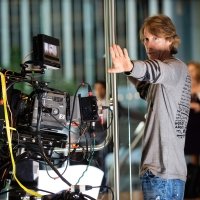 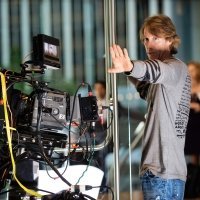 When Michael Bay invites you over to his place for lunch, you don’t turn him down. Particularly when it’s a chance to hang at his production company, Bay Films and get a look at the first footage from Transformers: Dark of the Moon. And because if you turn him down, he has two massive dogs that could eat you for lunch.

So when Empire is among a select group summoned to a brown office building in Santa Monica and ushered into a screening theatre to watch some exclusive, early footage from the movie, we made sure to keep the appointment. Bay showed off an impressive sizzle reel chock full of explosions, robots, sleek cars, supermodel Rosie Huntington-Whiteley looking good and Shia LaBeouf looking pensive (no big change there, then) and then sat down to chat about anything and everything in his inimitable, candid style.

Bay first wanted to address the chatter surrounding his decision to shoot in 3D, which is adding extra workload to his time spent editing Dark of the Moon. “People were going on the Internet, saying we didn’t do any 3D and there’s all this talk, so we’re just trying to set the record straight, you know?” You might think the plan would be to shoot part of the film in 3D and convert what the cameras couldn’t handle after the fact. Not the case. No, Bay made sure every frame could be shot using the best 3D camera rigs available.

It’s clearly a better choice for him than relying on conversion technology that hasn’t proved to be effective in the past, given the nature of schedules and budgets. “Studios are rushing through their 3D. There is a right way to do it and a wrong way. I think, personally. If you want to do proper 3D it’s a $30 million price tag. You don’t want to admit it, but that’s what it really is to do proper 3D. Studios will sometimes do it for $10 million, or $12 million. We spent about seven months or eight months before the movie investigating all the conversion companies. We gave each one some test footage to do and, like Warner Brothers, I kind of knew that the latest Harry Potter would fall apart, that was just because they were working with a company that just didn’t have the firepower. This was supposed to come out on the same 3D, conversion system but that obviously didn’t work out…”

And just like he demands a lot from his cast and crew, the new format meant a clearly weary (but still enthused) Bay had to push himself alongside them. “It’s a whole new animal and that’s why I’m so tired, because I’ve had a portable Avid system installed at every residence. I go home from the edit room and I’ll work sometimes until two at night, because I’m trying to jump on this movie like a m**********r. I’m trying to hit it really hard before Christmas so that we can be ahead of the curve. Compared to what our shot count turnover was from the last movie, where we are in terms of cutting time down, we’re well ahead. So I’m putting the pressure on myself so that we can really do pristine 3D.”

The first footage from the film will be online later, and we’ll have more from Bay then. Oh, and the dogs? Total sweethearts, even if they are both the size of a small pony.