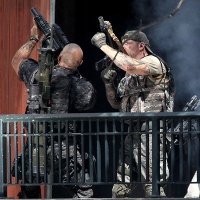 Dark Of The Moon Trailer In December 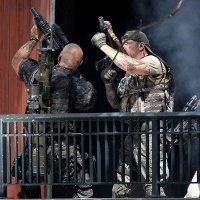 With Transformers 3: Dark Side… I mean Dark of the Moon recently wrapping it’s principal photography, we should be expecting a teaser trailer to hit theaters fairly soon. And, according to director Michael Bay on his website, said teaser will actually be hitting very soon.

“I will give full details of my process and why I liked 3D in the next week right before the Transformers announcement piece comes out on Tron and Narnia.”

So it looks like we’re getting the teaser in 3D attached to The Chronicles of Narnia: Voyage of the Dawn Treader on December 10 and again the following week with TRON: Legacy. Like I needed another reason to see the new TRON.

And, speaking of 3D, there’s been a rumor circulating the web that Bay and company have been having some difficulties working with a few of Transformer’s 3D shots. Hit the jump to see Bay’s response.

In response to those rumors, Bay had this to say once again on his website:

“Wow, I read these morons on the internet who think they are in the know. “We have have problems with our 3D????” Really? Come into my edit room and I will show you beautiful 3D. There has never been a live action show that has pushed the boundaries of 3D like Transformers 3. We shot the entire movie with 3D cameras. I actually loved shooting in 3D…

Can I come into your edit room, Mr. Bay? Oh, and don’t worry, I promise I’ll pay the extra $8 per ticket to see Dark Side… I mean Dark of the Moon (I really need to stop doing that) in 3D.

Say what you want about Michael Bay, his attitude, or his movies. He’s just a big kid that likes to make big things go boom, and I totally commend him for that. If I could play with the toys he has access to, I’d probably do the same thing. I just hope Dark of the Moon (hey, I got it right this time!) is more like the first Transformers than its sequel.

Funny TF Prime Behind The Scenes