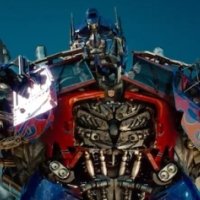 Big-budget Hollywood flick Transformers: Dark OF The Moon smashed rivals and delighted movie fans around the world, ringing up US$372 million at global box offices since its Wednesday debut, Paramount Pictures said Sunday.

The movie, the third installment in the blockbuster films about a battle for Earth being waged by shape-shifting beings from another world, appeared on its way to beating some box office records and it bolstered the prospects for the soft 3D market with 70 percent of its international ticket sales and 60 percent of its domestic tally in that format, Paramount said.

An estimated US$97.4 million in U.S. and Canadian ticket sales for the three days Friday through Sunday eclipses the previous best three-day tally over the U.S. Independence Day holiday, Paramount said. That record had been held by Spider-Man 2 with US$88.2 million on the same weekend in 2004.

By the time the holiday ends Monday, Paramount forecasts that the third Transformers will have taken in US$116 million in four days in the United States and Canada and US$181 million since its wide-release debut last Wednesday. 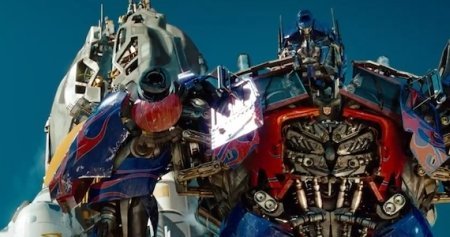 Dark of The Moon smashes box office thanks to 6-packs

The movie, with a reported cost of US$200 million to make and tens of millions more to market, started with a soft roll-out of only US$13.5 million from sneak previews and midnight screenings in domestic theaters, below 2009’s Transformers: Revenge Of The Fallen US$16.6 million midnight mark.

Ahead of its roll-out, box office watchers had expected the movie to sell well over US$150 million worth of tickets through the U.S. holiday. After the first-day numbers, some pundits began trimming their forecasts, but now it appears the final box office tally will be well ahead of expectations.

”The bar was set high, and to come in well above it is unusual. But real moviegoers like the movie,” said Don Harris, executive vice president of distribution at Paramount.

Elsewhere, last week’s No. 1 movie, Disney/Pixar animated Cars 2 dropped to the second-place spot on domestic theater box office charts with an estimated US$25.1 million for the three days ending Sunday. Its two-week total now stands at US$116 million, according to Hollywood.com Box Office.

Cameron Diaz comedy Bad Teacher dropped from the No. 2 spot to this week’s No. 3 with US$14.1 million, and newcomer Larry Crowne, a romantic comedy starring Tom Hanks and Julia Roberts claimed the No. 4 spot with US$13 million.

Rounding out the top five was another new release, comedy Monte Carlo with US$7.6 million.

Paramount Pictures is a unit of Viacom Inc., and Disney is part of The Walt Disney Co.. Bad Teacher was released by Columbia Pictures, part of the Sony Pictures Entertainment division of Sony Corp.. Larry Crowne was distributed by Universal Pictures, which is controlled by Comcast Corp., and Monte Carlo was released by 20th Century Fox, a division of News Corp.