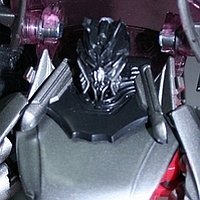 There’s no doubt that the Audi R8 is one bad car, and new images of a toy action figure for the upcoming Transformers movie Revenge of the Fallen proves that it’s bad on the silver screen too especially wearing a Decepticon badge on its posterior.

According to various interweb reports, Audi’s mid-engined supercar will take the form of Barricade in the highly-anticipated Transformers sequel, due in theaters on June 26th.

We have no idea if this means that the Mustang won’t be making a return appearance in the TF movie franchise, but if Bumblebee remains a Chevrolet Camaro as we expect, having a Ford Mustang across enemy lines just seems natural.

That said, an epic battle between the Centennial Corvette Autobot and the Audi R8 Decepticon does seem rather appropriate. We’ll just have to wait and see how this all plays out in a few months.

Images of ‘Barricade’ was leaked by Taobao seller who has shared more new images of this awesome bot . We have the very first look at the Transformers Revenge of the Fallen Deluxe class Fallen Audi R8 Deluxe action figure.

Rumors have been flying about there being an Audi ever since pics showed up on Superherohype. Then later, we reported on some of the leaked set pics that confirmed the vehicle would be in the film. Now thanks to our source, you can now see the action figure for yourself. 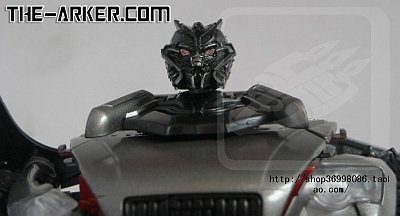 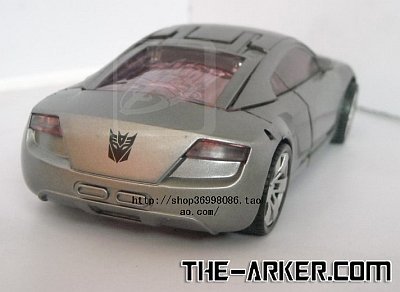 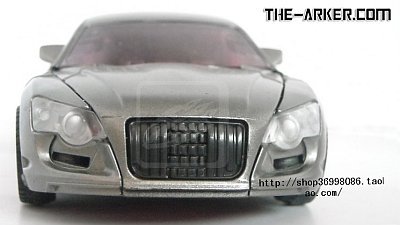 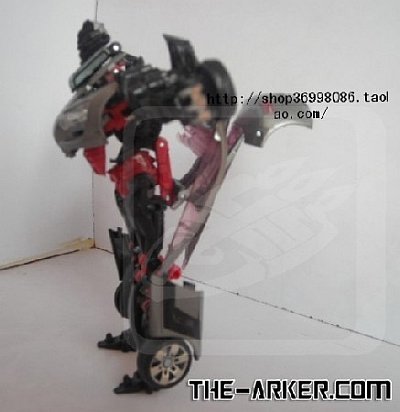 The figure shown is in a silver motif with read and black colors on the robot much like the colors on Generation 1 Silverstreak. The alt mode shows a decepticon symbol. It is said to named “Barricade” based on an Ebay auction, but we are unsure if this is the case. 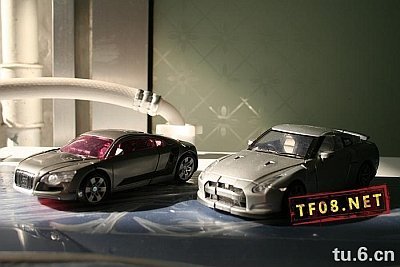 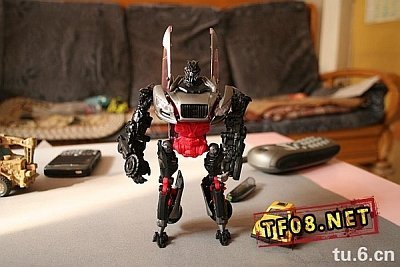 It didn’t take long, just a day later and we’ve got many more looks at the Transformers Revenge of the Fallen unnamed Audi R8 action figure. Also thanks goes to yizhi521 whos posted the new images on TF08, we’re really getting to see this figure clearly. Looking more like an Alternator with every pic. If you liked what you saw yesterday, it only gets better. 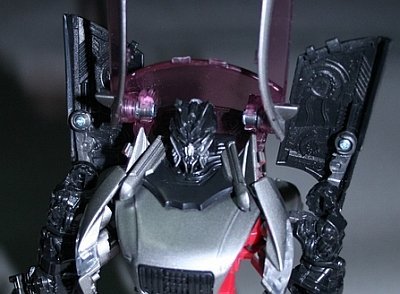 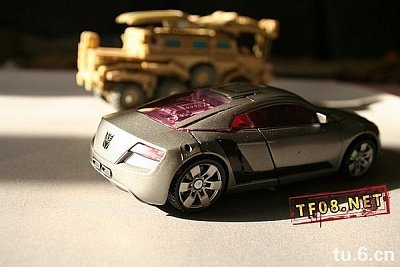 The detailing on the robot is even better than I had hoped. From the head to the front end, down to the robot arms. There’s a lot of nice sculpting that sure feels like an Alternator. The feet are a minor disappointment being so small and spindly. 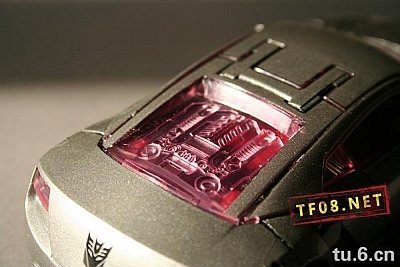 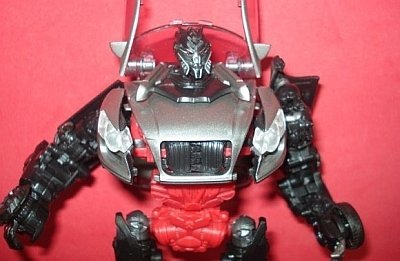 We can also see he’s got light piping in the eyes that give him a fearsome look. If the bot is transformed properly, it appears the side windows of the alt mode fold back and up for a samurai kind of look.
{youtube}tVZonReCQSE{/youtube}
There’s a whole mess of vehicle mode images as well that are much more varied and focused than the others. Some of the more notable angles are from the rear. The shot the molding in hatchback window is indicative of the attention to detail.
Source: TFW2005
{mosgoogle}
CategoryMovie
Tagsaction figure audi audi r8 autobot bad car barricade Chevrolet Camaro decepticon symbol deluxe class revealed toy action transformers movie upgrade
ROTF Constructicon Toy Revealed
Shia Banned From Driving
0 0 votes
Article Rating
Subscribe
Login