There have been plenty of searches for Transformers Age of Extinction (AOE) release dates for Malaysia on the net that landed on our site. We hereby assist in making things easier for you again by announcing that the movie release for AOE Malaysia is officially 26th June 2014.

Some updates on our local cinema for advance bookings: 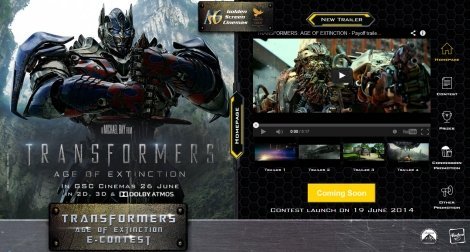 For GSC , advance ticket sales have been announced on 13th June, and you can start booking now. Their promotion on this big movie is of course BIG with contests to participate as well.

Check their AOE microsite. Do take note that many screening starts past midnight 26th June itself, and for some major cinemas, you can still watch even way past 1am!

Check out the list of cinema that starts screening on the 26th June here.

For AOE, they released two types of promotion – Watch & Win – Transformers: Age Of Extinction In IMAX® 3D and the Transformer 4 Combo. Like GSC, they are doing advance ticket booking as well. This can be seen in this page. 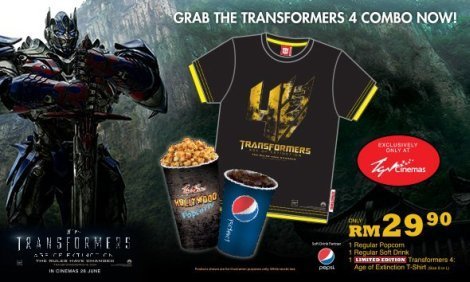 The showtimes for AOE in TGV can be seen in this dedicated page.

Source of release dates worldwide can be obtained via Transformers movie official website.