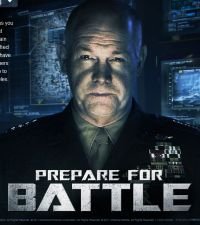 It is anticipated by American fans as they will be looking forward to this opening. And to tease fans further, a teaser trailer was already made available floating virally in Youtube.

In conjunction with the US ride, a new website Prepare For Battle has been released as well. The site enable fans to track the opening dates of the venue by signing up with their newsletter for updates.

The motto of the US ride is “With the words: The battle to save earth is coming. Be part of it.” The interactive website features a large image of General Morshower briefing visitors:

Decepticons are invading Earth. Prepare for Battle as you train under N.E.S.T.’s most celebrated General and gain access to exclusive classified intel. Along the way, you’ll have a chance to win Transformers collectibles and earn a trip to N.E.S.T. H.Q. in Los Angeles.

Check the cool video below: