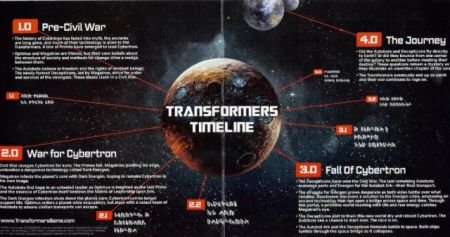 Activision has released an awesome Transformers Timeline chart  for their original Transformers games, War For Cybertron and Fall of Cybertron that reveals the whole storyline based on the game-verse lore.

The Transformers Fall of Cybertron story will center on the creation of a Space Bridge and the battle between the Autobots and Decepticons as they travel to Earth in search of Energon. 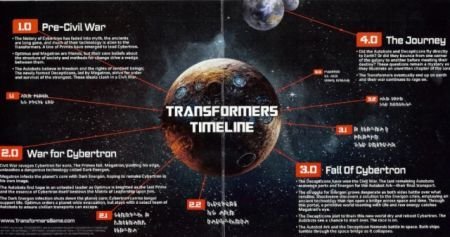 What baffles fans is a mysterious fourth section, titled “The Journey,” shows that there is at least one possible unknown tale in this version of the neverending war between the factions:

Did the Autobots and Decepticons fly directly to Earth? Or did they bounce from one corner of the galaxy to the another before meeting their destiny? These questions remain a mystery as they illustrate an unwritten chapter of the lore.

That might be an indication that there is another original Transformers game in 2014.