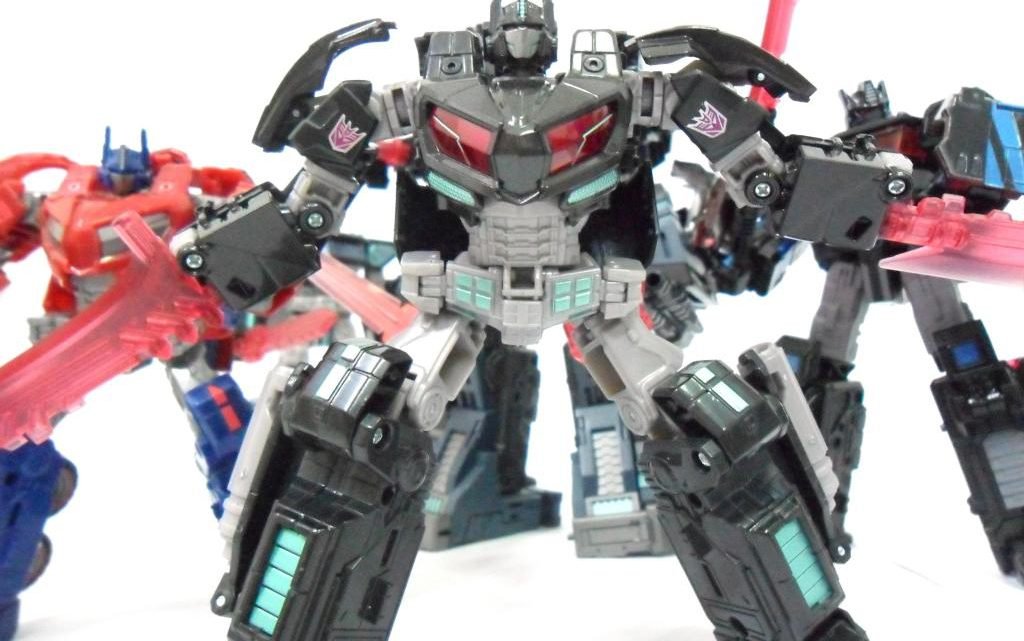 Here is the review for Junkion Blacksmith’s Infinity Warfare Set which was red in colour with code number JB-00. Since this is not an action figure review, we will split the review into :

And combined with our standard rating. 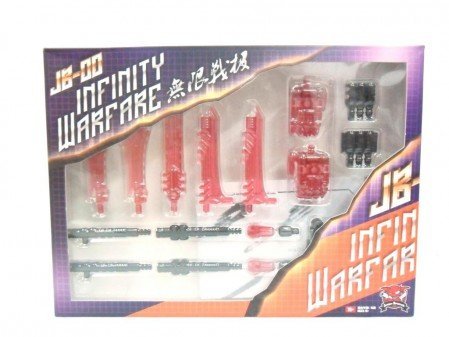 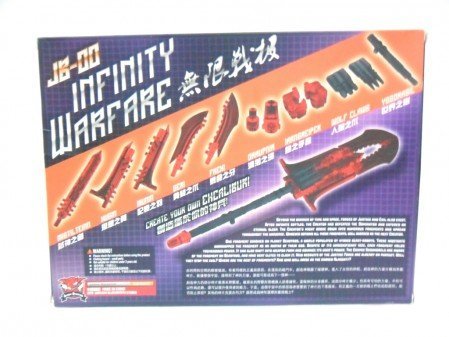 The packaging: Back view 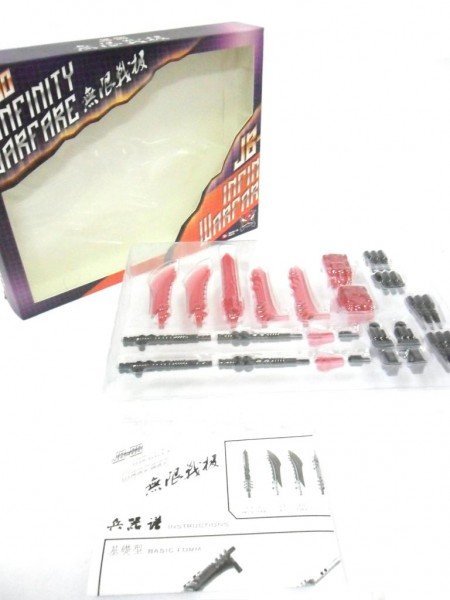 In term of packaging, it's quite simple. Plus, the box is a bit lousy in term the quality 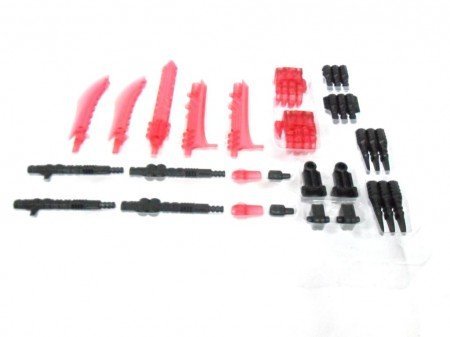 The set laid out

Ok, I’m not gonna do equip this set to G1/G1 Reissue Predaking for 2 reasons

The set can be categorize into 4 forms as mentioned above, that will be: 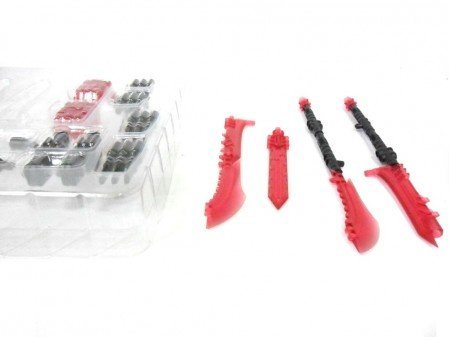 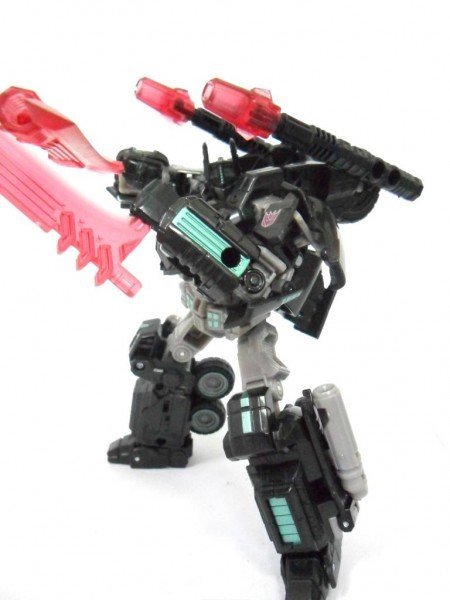 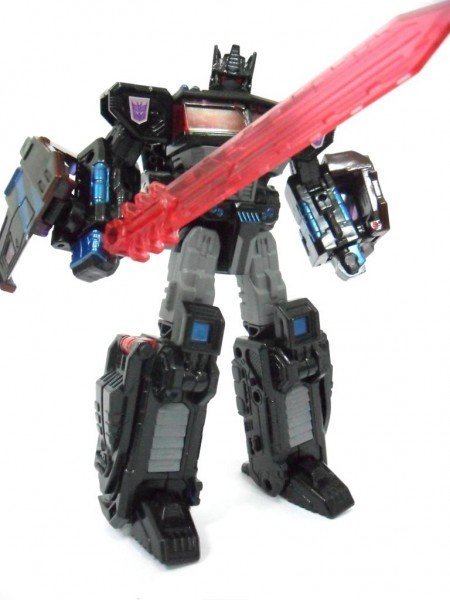 Ready for some bludgeoning! 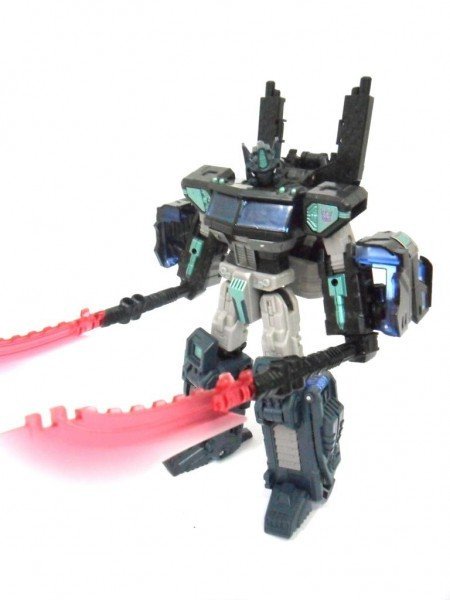 Color wise, imagine the sword of FP Shadow Commander, with a little bit more red. The material is sturdy, just like any other hasbro/takara plastic

If you notice, as the weapon, complexity increased, more and more pieces been left over and lesser weapon in the same class/form can be made 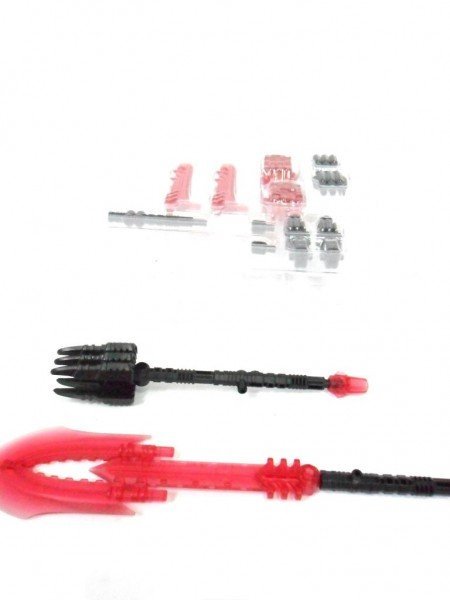 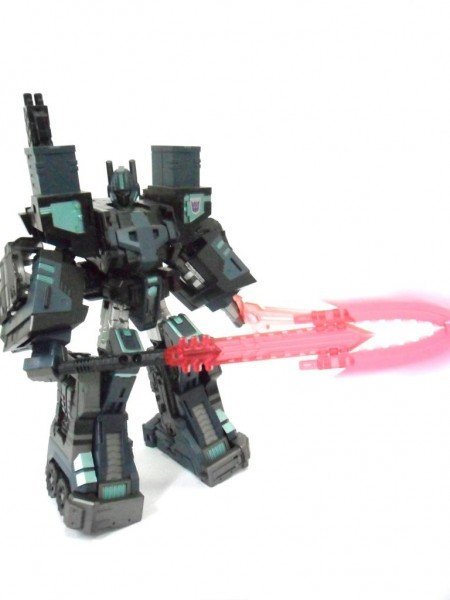 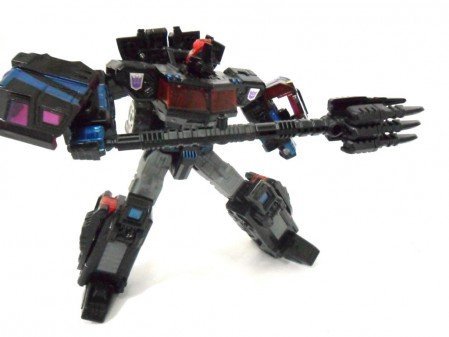 They go well with black bots 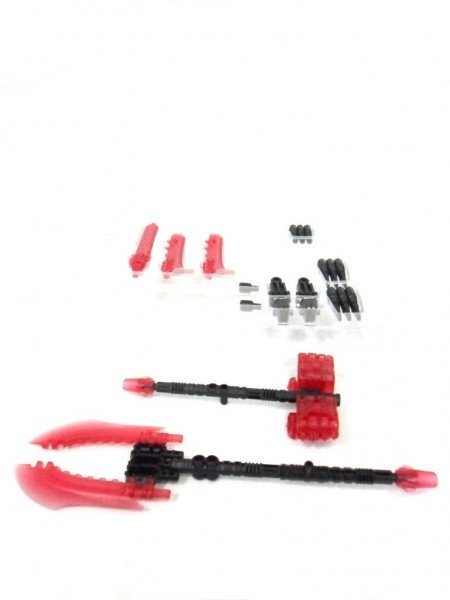 However, most of the leftover parts can be made into some individual weapons ie basic form 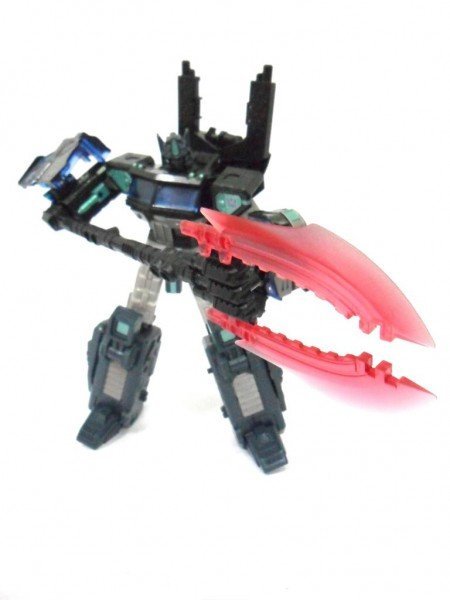 This is deluxe form at it's best. 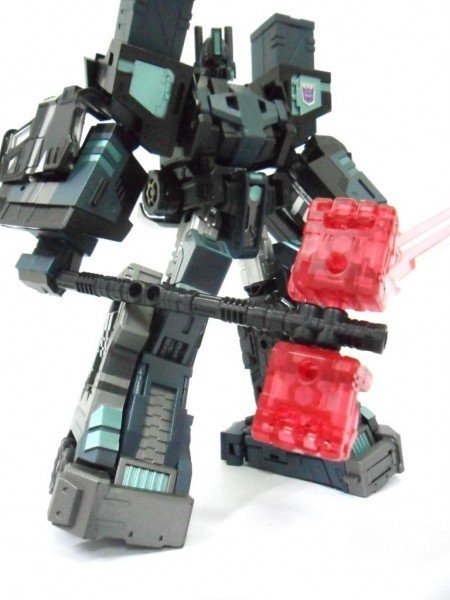 That is proper hammering!

There’s 3 recommended configuration for this form but….the way of the weapons attach, to me, is kinda out. 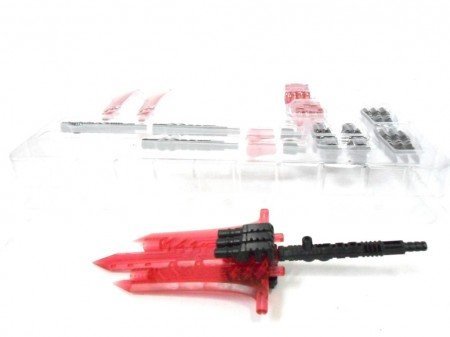 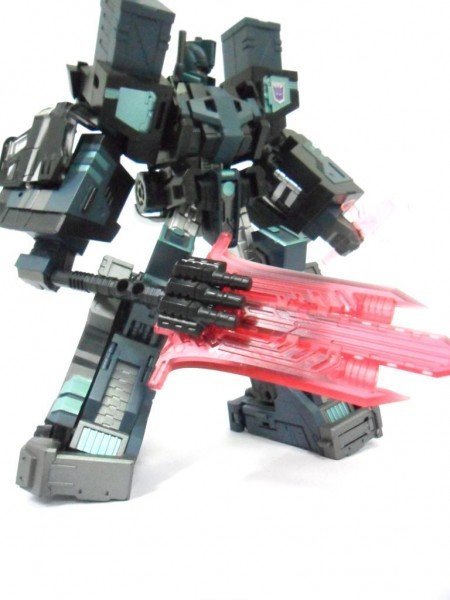 Disclaimer : Instead of the configuration recommended, i tried to includes all the parts available to create it. The looks may not be too good, just want to show you that, the best thing bout this set is how you can work your own configuration

And I’m not using Unicron as it was already showed in the promo pics. 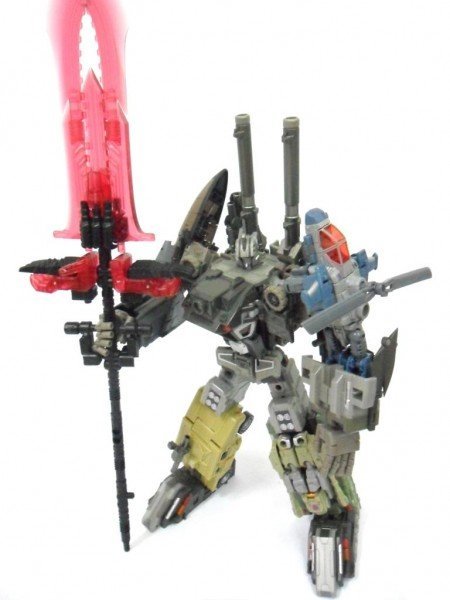 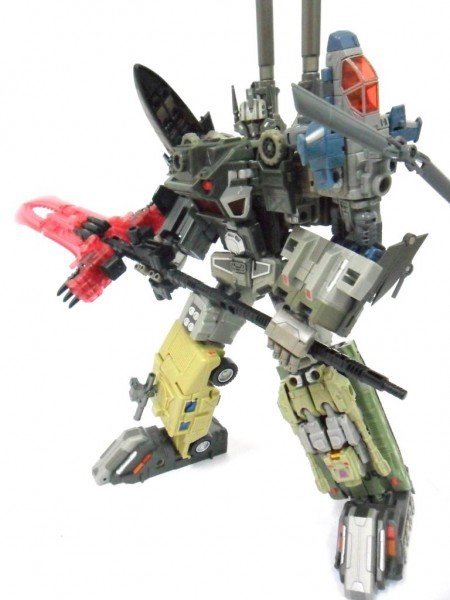 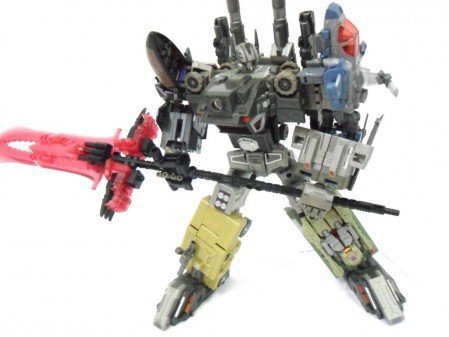 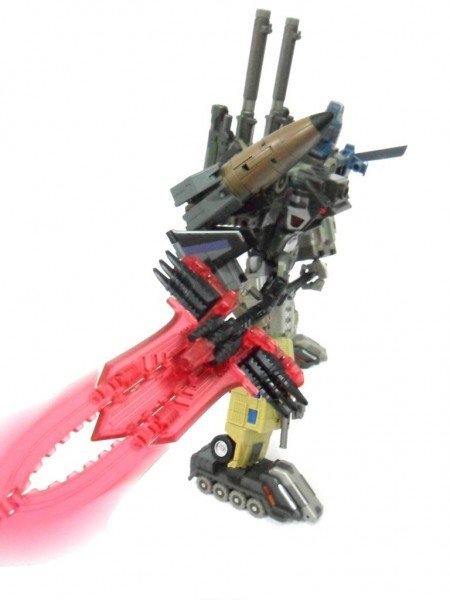 Now, for those who was thinking, without making the big sword etc, how well can this set do for the smaller figs. No left over parts also 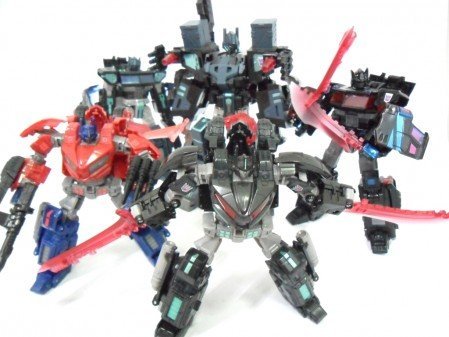 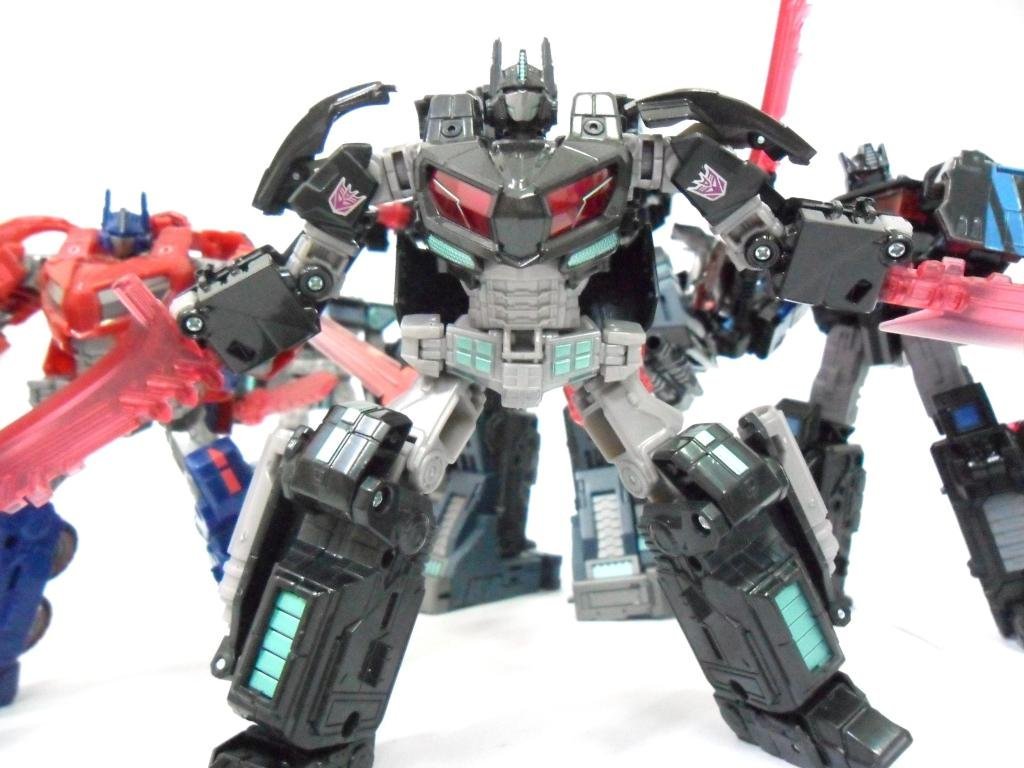 Menace to the society! 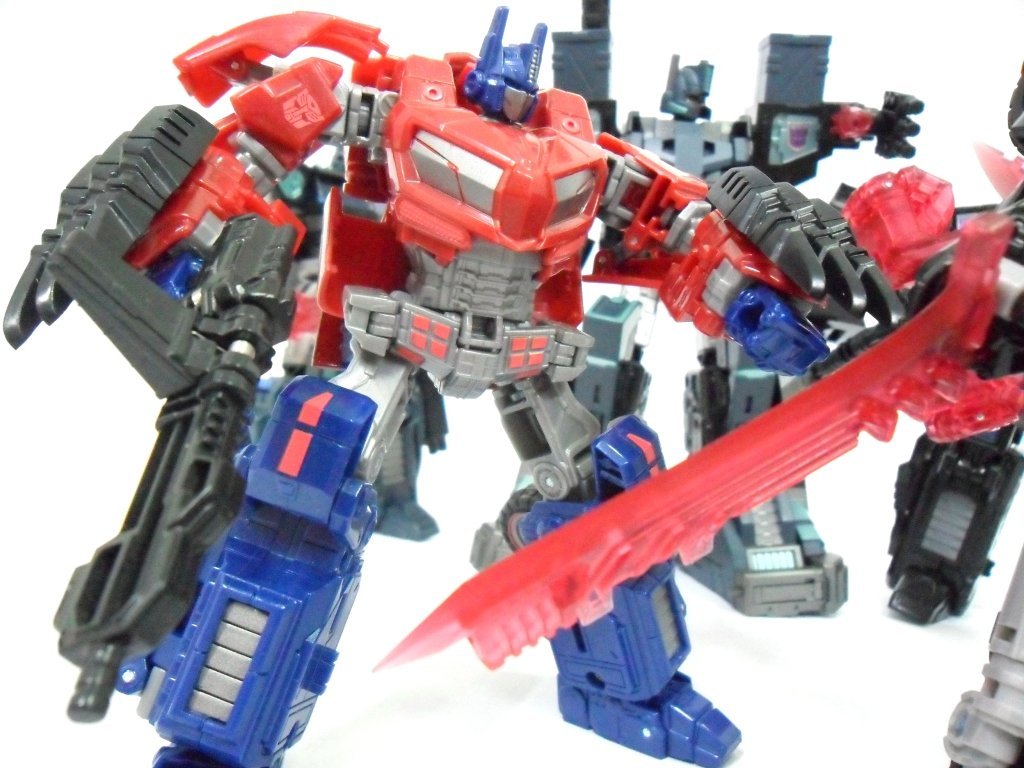 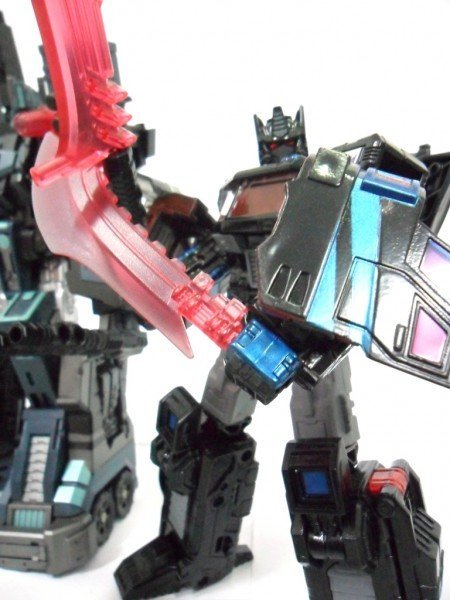 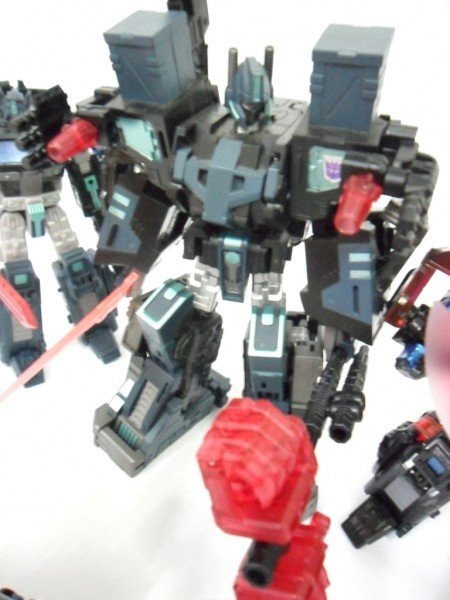 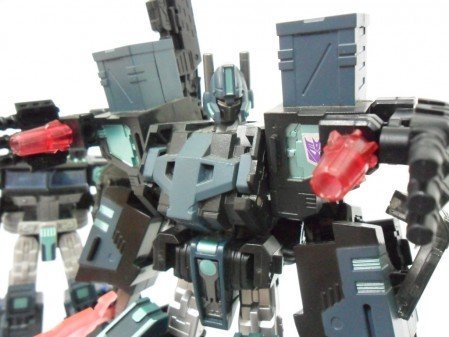 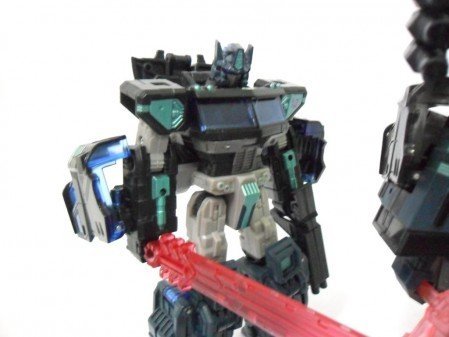 Its a wrap up!

No articulation cos it ain’t an action figure!

As weapons, the design is decent however there are somes that aren’t plausible. However, the good thing about this set is how YOU decide to used it

Good try for the Mix-And-Match type of set

There’s a fine line for this set between being super fun or annoying.

Unless you’re going with the ‘recommended’ configuration, it’s a complex set

I’ll pick it up if got nothing else to buy

A good addition for Predaking – That’s a fact! If you’re looking for extra weapon for your other figures, this actually also a good choice in term of the range of weapon available, more the Gears of Wars and even the one included in G3 Trailer.