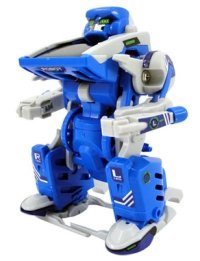 While collectors are being poisoned with traditional static plastic action figures, Dulaney Solars had made a revolutionary approach by ‘pwning’ Optimus Prime in his own league by challenging the traditional concept of the transformer by equipping their Solar Robot with a small solar panel. This will enable the robot toy to transform from robot mode to it’s alternate mode such as a tank or scorpion. The motor that moves the toy forward is powered by solar power! 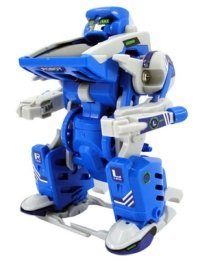 This Maryland-based company is an expert in solar-powered landscaping lights, but has also ventured into the realm that they call ‘educational toys’. Kids will always want toys, and boys in particular love robots and transformers.

Dulaney’s concept is simple and ingenious: teach kids at a young age that solar panels actually work by letting them play with them.

We’ve seen a similar mindset before in recycling-based toys and wind-powered gadgets, and the Solar Robot continues this trend of educating about sustainable living through hands-on play.

The Solar Robot comes pre-assembled, but there are kits available as well, with pieces that can build up to 12 varieties of working solar models, like helicopters and bulldozers.

The toys charge up in the sun, and the energy powers small motors that propel the transformer forward and spin the helicopter’s propeller. 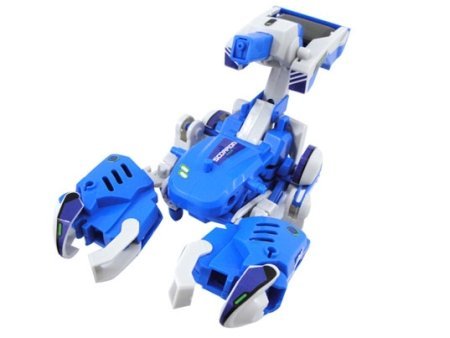 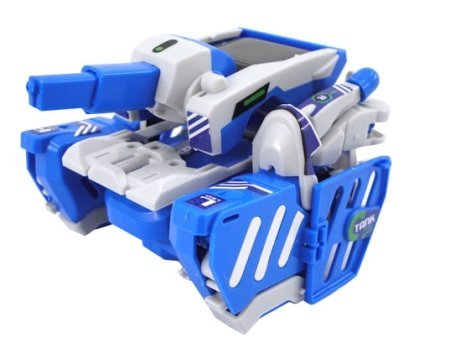 While Dulaney advertises that the toys are for kids aged 10 and up, I bet there’s going to be a lot of grown-up kids interested as well.

If you are looking for an alternative via education. This is one toy that you should go for!