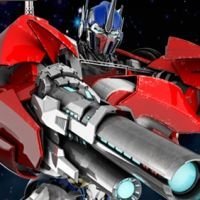 When you think Minicons/Microns are long gone after Unicron Trilogies are done with, you are wrong! Takara is making a comeback with this little guys making them a crossover between a Micron and a Targetmster.

This was announced in Takara’s upcoming incentive campaign in their website prior to the launch of Transformers Prime toyline, the Japanese version in Japan. 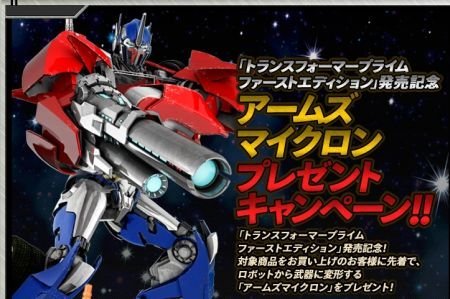 To make it special, Takara Tomy has commemorated the launch by collaborating with various chain stores in Japan to have them given away as “Arm Micron” (aka Targetmaster) figures as free gifts for each purchase of certain amount they made in those respective stores. 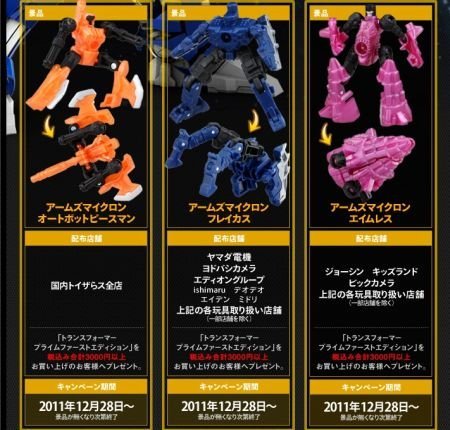 Arm Microns just like a typical minicon can transform from into weapons just like Targetmaster hence making them a homage.

The not so best part about this to begin with is the Arm Microns are actually repaints of Power Core Combiners minicons.

Here are the list of the Arm Microns delegated to participating stores in the campaign:

All figures will be available from 28th December 2011 onwards the same day where Takara’s  Transformers Prime First Edition figures are slated for release.