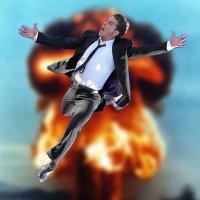 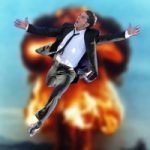 Though not earning big from his movies, Terry Gilliam is still one of the most imaginative film makers alive. He is trying to get his project The Man Who Killed Don Quixote off the ground after more than a decade, and since he is doing it in a world filled with sci-fi movies like Transformers: Dark of the Moon, which he says he just doesn’t get the plot.

In a recent interview with him, the film maker revealed that he doesn’t understand movies like “Transformers,” claiming it he has been ‘forced’ to watch it during a flight.

“You just sit there and watch the explosions,” Gilliam said. “I couldn’t tell you what the movie was about. The movie hammers the audience into submission. They are influenced by videogames, but in video games at least you are immersed; in these movies you’re left out.”

He added: “In films, there’s so much overt fantasy now that I don’t watch a lot because everything is possible now. There’s no tension there. People can slide down the side of a building that’s falling and they don’t get ripped to shreds? The shots are amazing, but if there is no consequence, no gravity, what’s the point? I can’t watch Hollywood movies anymore. There’s no room for me.”

Let’s see if his own movies is worth trashing as well?