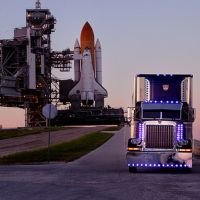 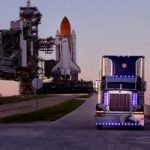 The release of Dark of The Moon paved away for another victory for the VFX crew mainly Scott Farrar and for doing such a fantastic job in bringing the movie live and they will be among those who will be presented awards on Oct. 24.

Hollywood Film Festival founder and executive director Carlos de Abreu announced Monday four luminaries who will be honored at the fest’s 15th awards gala at the Beverly Hilton on October 24, presented by Starz.

The Hollywood Visual Effects Award goes to Paramount Pictures’ Transformers: Dark of the Moon and visual effects supervisor Scott Farrar. Farrar joined Industrial Light & Magic in 1981 as a camera operator on Star Trek II, got a 1985 visual effects Oscar for Cocoon and noms for The Chronicles of Narnia, Backdraft, AI: Artificial Intelligence, and Transformers.

Production designer James J. Murakami, whose work will be seen in Clint Eastwood’s upcoming movie about J. Edgar Hoover, J. Edgar, will be honored as Production Designer of the Year. Murakami, who became a member of the Art Directors Guild as the assistant art director on The Godfather: Part II in 1973, has worked on a number of Eastwood’s movies, including Hereafter, Invictus and Letters from Iwo Jima. He won an Emmy in 2006 for the production design of HBO’s Deadwood, received Academy and ADG nominations for Changeling and an ADG nom for Gran Torino.

Quadruple Oscar nominated cinematographer Emmanuel Lubezki, whose work on Terrence Malick’s The Tree of Life is much buzzed this season, will get the Hollywood Cinematographer Award. Noted for the distinctive cinematography of Like Water for Chocolate, A Little Princess, Sleepy Hollow, The New World, and Children of Men, he is now at work on Alfonso Cuarón’s Gravity, with George Clooney and Sandra Bullock.

Stephen Mirrione, who will win the Hollywood Editor Award, just finished Contagion, his sixth collaboration with Steven Soderbergh, and Clooney’s The Ides of March. He won the editing Oscar for Soderbergh’s 2000 Traffic. Mirrione has edited all the films Clooney directed, starting with Confessions of a Dangerous Mind and including Good Night, and Good Luck, for which Mirrione won editing noms from BAFTA and American Cinema Editors. For Alejandro González Iñárritu, he edited 2010 foreign language Oscar nominee Biutiful, 21 Grams, for which he earned a BAFTA nom, and Babel, which earned him an Oscar nom, the Cannes Prix Vulcain, and an ACE Eddie. He also edited Doug Liman’s career-making Swingers and propulsive Go.

Hasbroland For The Young At Heart