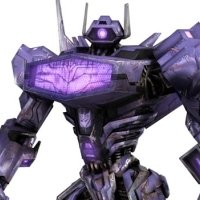 War For Cybertron DLC Out July 27

We previously reported on Transformers: War for Cybertron DLC coming but now Activision and High Moon Studios have made it official. The pre-order characters of Shockwave, Demolisher and Jazz along with two other characters and new maps are coming on July 27 for the PS3 and Xbox 360.

The three pre-order characters are joined by the Autobot Scattershot and the Deception Onslaught. War for Cybertron also gets two additional Escalation maps, “Forsaken” for fighting off Decepticons and “District” for defending against Autobots. The multiplayer modes will also get two new maps, “Havoc” and “Fortress”.

The Transformers: War for Cybertron DLC will cost $10 or 800 MS Points. If you haven’t grabbed the game yet, be sure to check out our review. Take a look at the DLC trailer rocking the Stan Bush theme song for the game below.