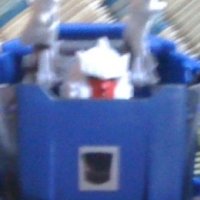 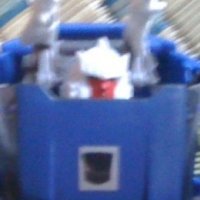 We’ve seen the figure on the Hasbro slides. These new shots give is more details in robot and alternate modes. 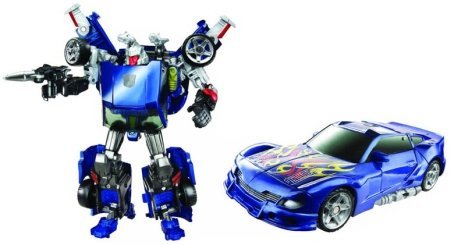 The wings can also be deployed in vehicle mode, similar to how they were on the original Tracks toy. Tracks comes with three clip-on weapons, one of which can be handheld. Since photos of Tracks depict him with a Rub Sign on his chest/car roof, it is believed that he is part of the upcoming “Reveal the Shield” promotion.