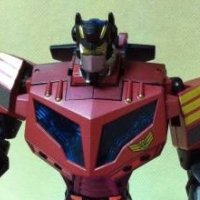 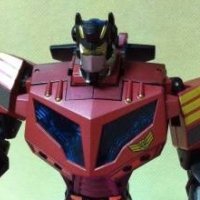 Many fans would have thought that Transformers Animated line has died, our Japanese counterpart seem to play around with exclusive releases for this line. While Japanese edition is famous for black nemesis redecos, or gold, or some almost-near KO paintjob releases, voyager Optimus Prime was treated somewhat differently with a crimson, gold and black paintjob.

What was not supposed to be public had landed and listed in an auction over at Yahoo Japan for this upcoming Million Publishing Transformers collector book exclusive figure – Transformers Animated Voyager Class Optimus Prime Elite Guard Version. 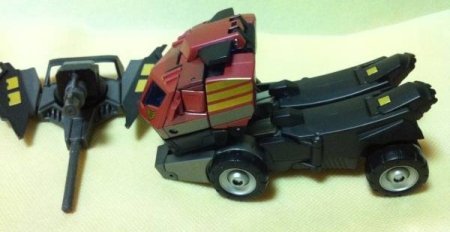 Surprisingly, it shares its similar color scheme with the EZ Collection (legends) Volume 4 Optimus Prime Elite Guard Version figure. The original promotional silhouette for this figure depicted it with the armor from the Wingblade Optimus Prime toy, which it did not end up having.