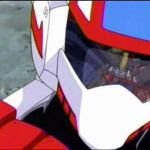 It was confirmed that Kicker was sighted in Wal-mart’s computer system. So there you go, a Hasbro Kicker released along side the latest wave of Energon figure soon.

It was rumoured that Kicker will be released together with Omega Supreme, Bulkhead, & Cliffjumper. So, i bet it will be very soon for Malaysia since most of you already got Mr.OS (Omega Supreme)!!