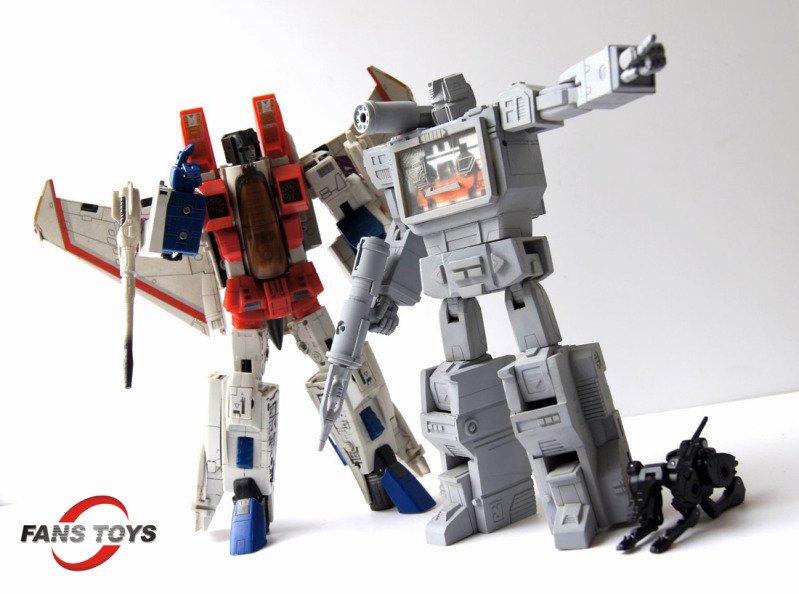 While fans of Masterpiece either grown fed up with constant redecos of Optimus Prime or concentrating on the brand new MP-10, a third party toy company had took the initiative to make G1 fan boys dream come true by releasing a prototype of Masterpiece scaled ‘not’ Soundwave.

The pics surfaces is 100% anime/cartoon accurate styled G1 Soundwave. They still retain his alternate mode by transforming into an old school 80’s tapedeck that holds compatibly the standard G1 cassettes. He is had a standardized height just right about Masterpiece Starscream’s.

Kudos to third party and G1 rejoice! Check the pics out after the jump.

DOTM All Out in China Via 31 IMAXes