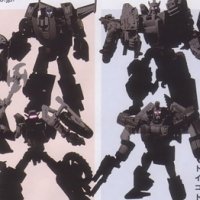 As usual, new United toys have surfaced in Tfromers and TFW2005 thanks to their contributors. The new United toys are part of the e-Hobby Exclusive sets featuring the first image portrays the three-packs we’ve seen before previously in a whole new angle.

Representing the Autobots are the set that features Hot Rodimus, Kup and Scrap Heap. Scrap Heap is a remould of Wreck-Garr and seems to be one of Wreck-Gar’s henchmen from the Junk planet.

The Decepticon were represented by none other Galvatron and his loyal subjects – Cyclonus and Scourge. Both factions were showed in an uncolored image targeted for fan speculation (as always).

Second image shows a bit of a surprise as Takara has absorbed some of the Power Core Combiner mini-cons into their line. The monochrome variations of Mini-cons Chainclaw, Airlift, Caliburst are respectively Fracas, Recoil and Haywire.

These little guys await you when you purchase Transformers from e-Hobby. 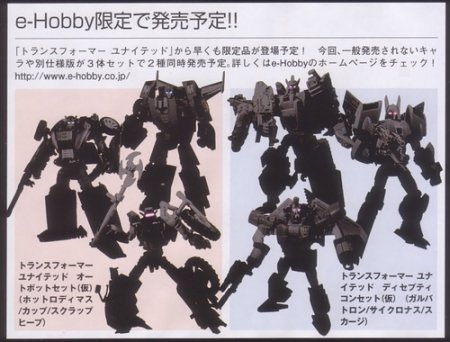 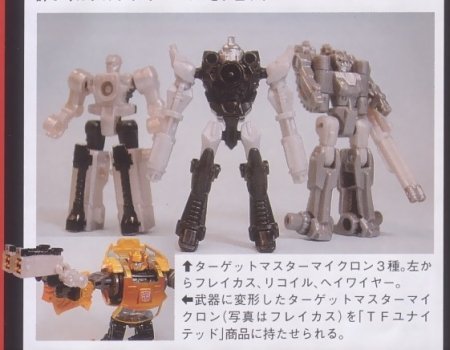