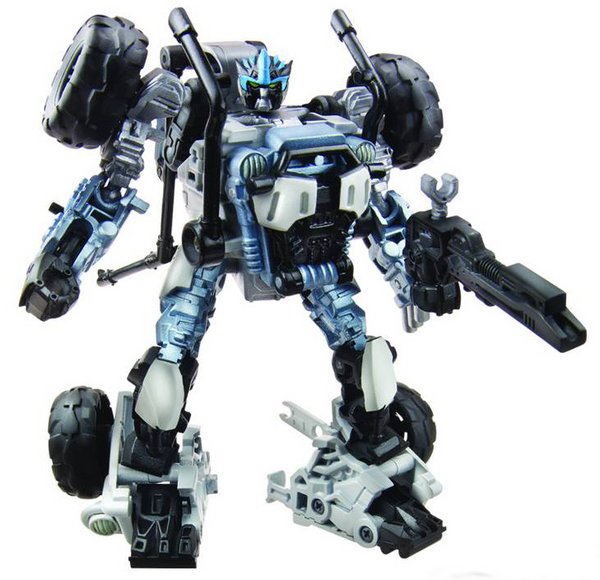 4chan has the latest snippets of what looks like the images of the official shots of Transformers Dark of the Moon Mechtech Wave 3 figures. The line-up featured among others among the sweetest voyager class Optimus Prime (looks much better than the standard one).

Also in the wave is Nitro Bumblebee, Half Track – a redeco of Human Alliance Sandstorm, Thundercracker the deluxe clone of his Starscream counterpart, a new comer – Human Alliance Dragstrip pretty much similar to his G1 homage, the not so famous Mudflap, Human Alliance Tailpipe and his buddy, also the already seen previously, voyager Shockwave.

All these official stocks have been beautified with Photoshop and what not?